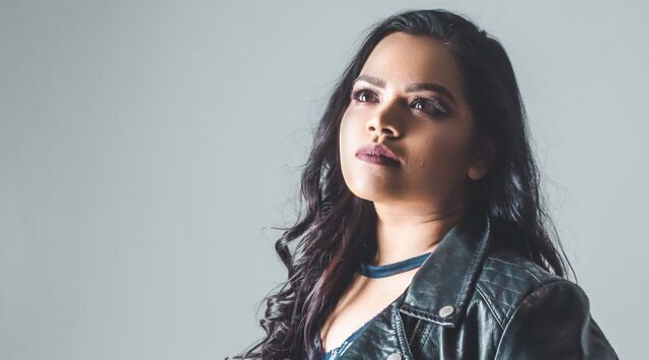 Durban musician Katelyn “Kate” Anniah is on a mission.

The 24-year-old wants the world to know her name and enjoy her music, and she is working hard to make sure that happens.

The rising star has released “Venom”, a telling single about acceptance, which has hit the airwaves in the UK.

Kate, her stage name, teamed up with UK-based producer Osfire the best way she knew how, via social media.

She shared: “I took a chance and made my way to Instagram, searched for music producers in Europe, specifically the United Kingdom, and that’s how I found Osfire.”
“I started working on Venom around the beginning of 2021. I originally wrote it for the sole purpose of sharing it with my TikTok followers for fun, but I decided to keep it private until I could eventually record and release it,” Kate explained.

“Venom” is inspired by Kate’s journey as a member of the LGBTQAI+ community and having to decipher her beliefs for herself and not from the people in her life.

“Another inspiration for writing this single comes from strangers that supported my coming out story on TikTok.

“A couple of them started to message me, saying I’ve inspired them because they’re also dealing with similar situations of having to hide from family and the world.

“From sharing my story, my support on TikTok has grown to about 23 800 people, which is incredibly heart-warming,” she added.

Kate said Venom is not a typical love song.

“The lyrical content behind ’Venom’ is about coming out of the closet to feeling a bit suffocated with religion, being a part of the queer community whilst dealing with social norms and learning how to be comfortable in your own skin and to just forget about everyone’s opinions about who you’re allowed to love.”

While her music is not genre-specific, it does incorporate pop, electronic and R&B.

Kate is currently working on her debut EP, which she plans on releasing later this year.

AGAIN! ENHLE MBALI FAILS TO PAY FOR HER ELECTRICITY BILL