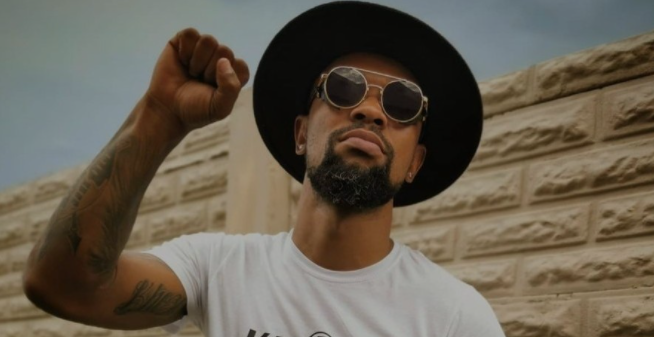 The assault case against The Queen Mzansi actor, Sthembiso ‘SK’ Khoza and an unidentified woman has reportedly been taken a step further as new information has come to the fore.

The actor was accused of assaulting a female cashier at a garage last month after an altercation which saw one of the women he was with also allegedly attacking the cashier who reportedly sustained a black eye, bruising on her left cheek and a deep cut below the left eye.

The incident is said to have taken place last month after a misunderstanding between Khoza and the cashier. It was reported that the actor and two women arrived at the petrol station and walked into the store to buy a bouquet of flowers. Drama then erupted when the cashier helping the actor asked that he packs his own flowers as she needed to attended to other customers. A source claimed that Khoza was not happy with these instructions and told the cashier to pack the flowers for him as it is her job. This then led to an argument between Khoza and the woman, which was then joined by the other two women who were with the actor. Before the cashier knew it, one of the women grabbed the scanner and hit her in the face with it; scattering the flowers all over the counter.

According to SundayWorld, police detectives have finally questioned SK and the woman, who is his sister Nonkululeko Khoza, about what unfolded on the day. An Eyewitness also testified about what they saw and the stories are polar opposites.

Welcome Masuku, who was reportedly present when the incident took place, claims that SK and his sister, Nonkululeko, were very rude and aggressive towards the cashier, whose name is Sifiso Ngcobo. Masks claims that it was Nonkululeko who picked up a scanner and hit Ngcobo in the face with it – as per previous reports.

“I then told her to stop beating my brother with the flowers on his face [and that] she must respect the man. She started swearing at Sthembiso. I never assaulted anyone,” she was quoted as saying, adding that had Ngcobo truly been assaulted security would have been called.

SK also claims that Ngcobo was not assaulted, but admits to swearing at her when she refused to call him by his birth name even after telling her several times þhat his name is Sthembiso Khoza. He claims that he was very angry when Ngcobo repeatedly called him by his character name on The Queen Mzansi, which is Shaka Khoza.

Last month, when the story broke, SK rubbished the reported, vehemently expressing that he and his fiancée had not assaulted anyone. He further vowed to clear his name by opening a defamation of character case against the cashier.