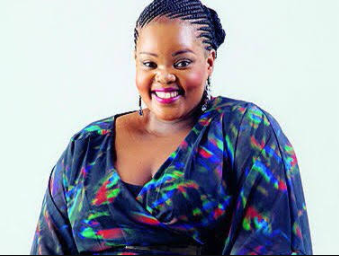 The entertainment industry has lost yet another talent. The former Generations star Sindi Buthelezi has died.

Sindi was also popularly known for her character Ntombi on SABC’s Soul City. She also starred on etv’s Ashes to Ashes playing the role of Patience Khumalo.

Breaking the sad news of her passing on Twitter, Entertainment Commentator Phil Mphela said Sindi was only 32 this year.

Fans took to the comments section to share their heartfelt condolences.

Jeremiah said may her soul rest in peace: “MHSRIP, we are with you in prayers the family of Buthelezi, May you be guided during this trying time”

Zolly: “It’s sad when the nation loses progressive young souls. May her soul rest in peace.”

However, others did not believe that the actress is indeed late, @Thobilead said she rather hear it from the family of the deceased.

“The way people actually “kill” active living people these days we no longer trust these “RIP ” we see. In such events, people should wait for the family to announce the death of people cause it’s sad what happened recently about allegations of RIP to various celebrities.”

My sincere condolences to her clan, may her soul rest in peace

Last week the SABC released a statement expressing their sadness over the passing of another talent Coudjoe Amankwaa.

The public broadcaster’s Sports General Manager Gary Rathbone said: “I would like to pay tribute to a person who was not only extremely knowledgeable about football on our continent but who was courageous, never afraid to speak his mind and always warm-hearted and larger than life. Having known and worked with Coudjoe since the early 2000s, I considered him a friend as much as a colleague, and will miss his presence in our world of sport immensely”.

SAFA President, Dr. Danny Jordaan said he was shocked by the passing of Amankwaa.

“This is one of the saddest days in the history of sports journalism. Coudjoe was one of the most amiable journalists around and had earned his stripes both as a print and broadcast journalist…I learnt of his passing on with disbelief. Life can be cruel,” Dr. Danny Jordaan on a statement.

According to reports, the late Journalist and SABC’s football analyst suffered a cardiac arrest and passed away on Friday after he was rushed to hospital.

Speaking about that late Amankwaa, TV and radio personality Robert Marawa said: “Unforgettable radio moments we always had with u Malume!! “Banjani ekhaya” used to be your daily mantra given your impeccable manners & desire to know the welfare of others…Now we can only leave u in God’s welfare..sadly we say farewell & rest in peace Cudjoe Amankwaa.”