From Rapper To Doctor!

From Rapper To Doctor! 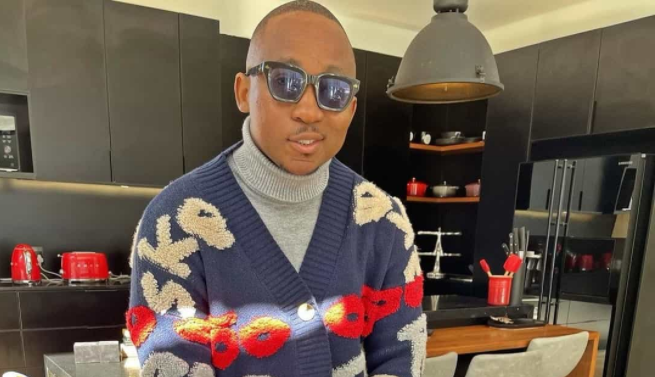 Rapper Khuli Chana is on a mission to get the title Dr. added to his name. The rapper who recently enrolled at the AFDA is hard at work trying to secure his highest level of education so he gets to be called DR Khuli Chana or DR Morule? Whichever rocks your boat.

It also seems as though Khuli does a bit of influencing with the AFDA as he posted a promotional video which encourages youngsters to register. Along with the caption he wrote, “Education is a major key I can’t wait till the day you address me as DR KHULI CHANA or DR MORULE? Which one sounds better?”

Two months back, Khuli announced that he had returned to school 10 years after leaving. His song Buyile which is doing very well on streaming platforms encouraged him to take this leap of faith. His wife Lamiez Holworthy also played a major role in getting him to return to school.

AFDA is a film school dealing with performance art, film and television, among other sectors.

“IM BACK TO SCHOOL!! after 10+ years! #Buyile is deeper than a song to me, I’m repositioning, re-writing history, recreating myself! It’s not easy but I’m determined TO WIN!! Thank you Wame, @LamiezHolworthy for the encouragement,” he wrote, thanking his fans in addition for supporting his new single Buyile, “Thank you to the fans #Buyile is blowing UP!!!”

IM BACK TO SCHOOL!! after 10+ years!😭#Buyile is deeper than a song to me,im repositioning re-writing history, recreating myself! It’s not easy but I’m determined TO WIN!! Thank you Wame❤️ @LamiezHolworthy for the encouragement.Thank you to the fans #Buyile is blowing UP!!! 🙌🏾 pic.twitter.com/YluUr8LGsa

Meanwhile, wifey Lamiez Holworthy got body shamed this past weekend after a picture of her wearing a revealing green outfit went viral. On Facebook, the DJ clapped back at the people mocking her thighs and cellulite saying she accepts her body the way it is.

Lamiez laughed and responded by saying, “It’s firstly that fake Versace t-shirt then most importantly the fact that you are way bigger than me yet you in my comments. Why, Is it because it pains you to see me so confident and now you want to inflict your insecurities on me? What a joke,” she laughed.

In a separate post, Lamiez spread a message of awareness saying she loves her body the say it is and she will not edit her pictures to make her look appealing.

“My name is Lamiez Holworthy and this is ME in my purest form. I’ll be damned if I edit my pictures to appear tinier or to hide my cellulite or stretch mark or two.

“You know why? I am tired of women(young and old) putting themselves under unnecessary pressure because of social media and it’s fucked up standards!
Imagine trying to look like someone who doesn’t even look like themselves?!
I am a public figure with millions of followers- most of who are woman of all ages and it is my responsibility to show them that it is OKAY TO BE NORMAL and that NO ONE can use your flaws against you when you make peace with them.

“Ps. I work out and eat right solemnly for my own well-being- not because I am trying to fit in to a box or have anyone police me! THIS IS ME- DEAL WITH IT!!!”