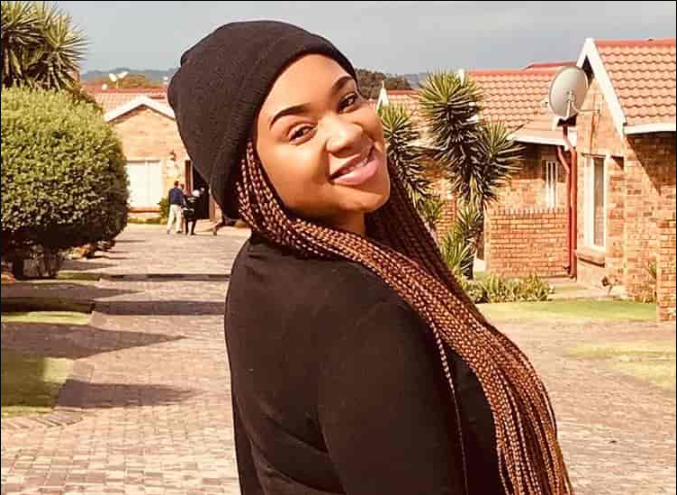 It’s safe to say Bontle is one of the biggest stars on Skeem Saam and one of the stars who’ve been around for a while. Bontle is of the best-supporting roles the drama has, as subtle as she is – her presence is always felt. Known for sticking her nose in people’s business and dating popular DJ Jazzy T. Some fans argue that she should be given a storyline of her own on the show, but that’s a discussion for another day. For now, we look at and celebrate the actress behind this colourful character.

She Is A Joburg Girl

Keamogetswe grew up in the township of Kagiso, Krugersdorp in the West of Johannesburg – she attended Bosele Primary school and Mosupetsa High School. She was also great at Netball.

She Was Raised By Her Grandparents

The actress was raised by her grandparents after her parents passed away. She lost her father in 2004 and her mother in 2005.

She Was Part Of Mafikizolo

While studying theatre in 2013, Bontle was a dancer for the award-winning Afro-Pop group Mafikizolo. She’s performed at the Macufe Mangaung African Cultural Festival, the South African Film and Television Awards (SAFTAs), the Metro FM Awards and the PSL Awards.

She Used To Be On Rhythm City

Before joining Skeem Saam, Leburu landed a cameo on e.tv’s Rhythm City. She has also appeared in Generations, Zabalaza and Lokshin Bioskop in Mzansi Magic.

She may be playing a supporting role in one of South Africa’s biggest soapies but has paid he dues and has a great deal of experience. She played the recurring role of Lilll on SABC 2’s Keeping Score, guest-starred as Busi on the second season of the SABC1 docu-drama series Ngempela and as Magauta in season five of Ga Re Dumele. If you’ve been following 1Magic’s Unmarried you might remember her from the finale of season one.

She Is An Artists

Bontle is also an artist – we’ve spotted her at some of the biggest gigs around the country, dancing and performing vocals over Amapiano tracks. She is a real gem.

Just the other day we spotted Kea, alongside Chef Khosi and Nomfundo behind the scenes. They were singing Melodi Ya Lla Pitseng by the Mahotela Queens until, Luyolo Zitha who stars as Nomfundo interjected and spoilt the party.

Skeem Saam viewers should also be excited to know that Bongani Masango, who plays babymaker will be returning to the show following a seven-year absence. It is reported that he’ll make an appearance at Leeto’s divorce party. Also joining them is Leeto’s old friend, DJ Jazzy T.