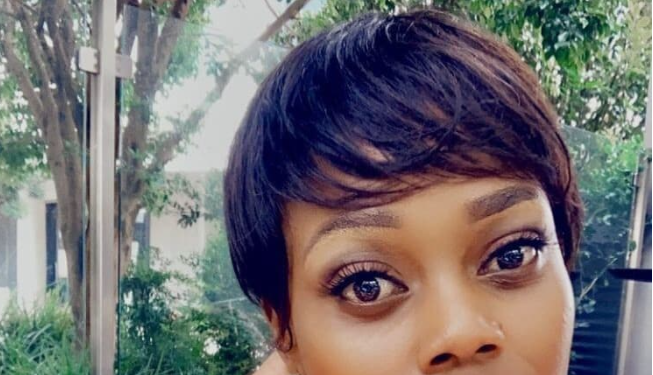 Leera Mthethwa who plays Jackie, In Gomora, has won the hearts of many of the drama’s viewers with her Pitori slang and refreshing personality. Mthethwa, who’s featured in many other television shows before Gomora, including Generations The Legacy and Soul City, has a lot going on in her life outside of Gomora. Yes, her role in the Mzansi Magic telenovela is her biggest to date but in this feature, we also look at many aspects of the star’s personality, from her education to her real age and many more.

She Is Well Educated

In as much as she is passionate about the arts, Leera also takes her education very seriously. The actress holds honours of Bachelor of Arts In Drama & Film Studies from the University of Pretoria. That’s not all, she also obtained a Bachelor of Arts in Line Performance. Talk about a force to be reckoned with.
Chatting to South African publication Drum, Leera opened up about how she became a performer.

“In Grade 1, when my teacher used to ask what we wanted to be when we grew up, I’d say Brenda Fassie.

“Surely this was not a normal answer and it meant this child wanted to be a performer? But there was no better way for me to articulate it at the time because I didn’t know what it was.” She said.

She Is Way Younger Than She Looks

She could clearly see where she would end up – look at her now. Also, many will be surprised to know that she is only 30-years-old. This was revealed in the same interview with Drum.

This is something that will leave many people shocked as she portrays a character who is well in her mid-40s on the drama and the way she is acing her role, it would be hard for anyone to imagine her than anything else.

She Is An MC

Madam Jackie is also an MC. Before the lockdown, she could be seen at gigs entertaining crowds with her impressive moves and hyping them up. She is also a voice-over artist and chances are that you’ve heard her in many ads.

She Is A Model

Yes, Madam Jackie is a model. When she is not performing her duties as the no-nonsense teacher at Gomora high, she also models. The last time we checked she was linked to Alushi Models.

This is something that will leave many people shocked as she portrays a character who is well in her mid-40s on the drama and the way she is acing her role, it would be hard for anyone to imagine her than anything else.