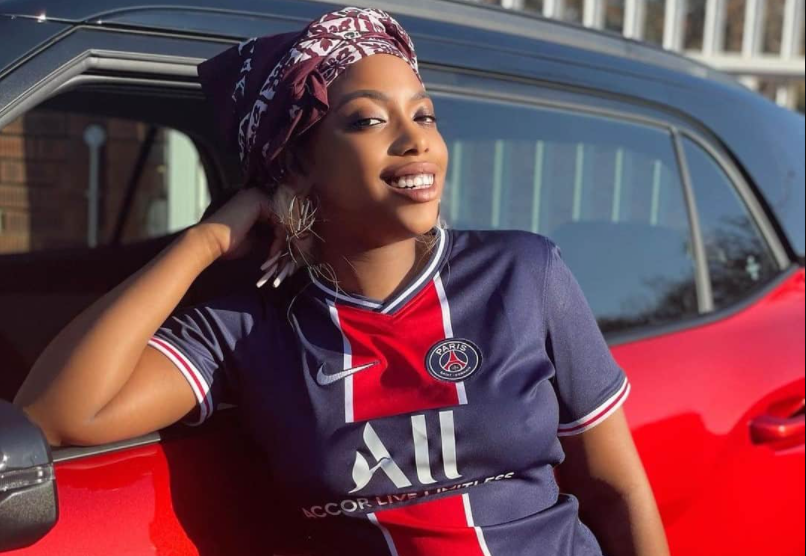 Congratulations are in order for Gigi Lamayne who announced that she has welcomed her 4th baby. Hard work has proven to prevail once again in this rapper’s life and she is thankful to her ancestors and God.

Gigi is one of the few female rappers who are still relevant in the country and her dedication is paying off. She took to social media to flaunt her new red car which according to her is her fourth one, and the congratulatory messages kept flowing.

Just because she is enjoying the fruits if her labour, it wasn’t all rosy for the rapper. The South African Hip Hop industry is not at all what others might perceive it to be and Gigi made that clear. In a series of deleted tweets, Gigi exposed how people in the industry told her she was not going to make because she was too dark skinned and ugly.

She urged her supporters to continue to support her even after she speaks and exposes the culprits.

“I’ve had to fight since I joined This industry. Your artists Are worse though. They are traitors to the culture . I was apparently too dark and ugly to make it now people wanna smile ? Why?”

We reached out to her in order to get clarity on what was she addressing and she said SA is trying to mimic international standards and loosing sight of their own selves.

“It comes with feeling that the industry is quite connection based. We’re superficial in the sense that we’re trying so hard to mimic American culture that we have forgotten how beautiful we are.” She explains. “I find it a Sho Madjozi and a Focalistic are the epitome of what South African Hip Hop should look like in terms of their sound. They both rap in their language but most of all, they incorporate the production and the sound into what I feel the standard should be.”

She then unpacked her tweets, “I’m very angry at the South African industry because we find that talent is not the first thing being pushed now. Like I said, its connection based – who knows who and who is closing doors on who. It’s a very superficial space to be in until you become Indie and have your own team and then collaborate with a major label.”

A few weeks afterwards she experienced a hijacking which almost saw her getting raped by the criminals. Thankfully her life and that of others got spared and they managed to recover their stolen vehicle.

Gigi risked her life by getting out of the vehicle and ran for her life, with her cellphone. She said the perpetrators wanted to rape her because at first she threw her phone into the bush, and then urged him to just take the car and leave her alone. She only hurt her ankle.

Staying true to her faith, Gigi thanked a higher power for protecting her and the people she was travelling with.

Update : it’s been found ! Thank you so so much ! pic.twitter.com/0yJm5NHPvx

Joining her in welcoming a car just recently is revered Bishop Makamu, whose reputation suffered a hard knock. The Rea Tsotella presenter directed a heated message to his haters saying, “The easiest way to number your haters, just show off your brand new wheel. Come now I am ready.”

Not everyone was happy about this because the Bishop was embroiled in an alleged sex scandal which involved a teenager when it happened years back. But the NPA dropped the case against him and he was reinstated on Moja Love’s Rea Tsotella.