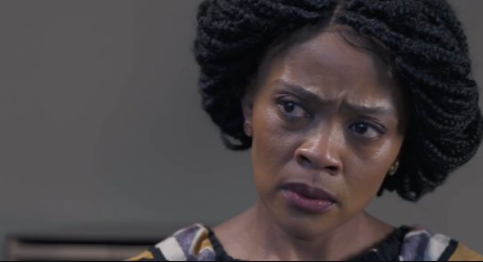 Mzansi’s favourite series Gomora is officially going to Mzansi Wethu and those viewers that did not get to watch the fist few episodes of season 1 are in for a treat.

The news was announced by entertainment commentator Kgopolo “Phil” Mphela on Twitter.

The @DStv’s number 1 show will now air on Mzansi Wethu from September 27th.

Season 1 will air Mon – Fridays at 19h30 on the channel.#GomoraMzanzi Season 2 latest episodes can be seen on Mzansi Magic, also at 19h30 weekdays. #KgopoloReports pic.twitter.com/ofCYd4BWLY

This is particularly good news for those viewers that do not watch the show on 161 because their DSTV package is not allowing the. Even though they will be behind with the current happenings of the show, they will definitely be part of the drama.

The drama has been galore on the show that every single night one needs to make sure they are ready for the punches’ that will be thrown. A little recap if you have been preoccupied with other things because we understand Scandal has also not been without scandals.

Melusi and Thati went way too deep with their affair and things just got out of hand. It was fun while it lasted though so we will give them that. After Melusi was told that wifey, Gladys will be keeping the baby, he had no other choice but to make sure that he was home to tend to his wife’s needs.

He tried keeping what he was trying to have with Thati but things weren’t just happening the way he had planned. Every time they (Melusi and Thati) planned something, his family would want them to spend some much needed time together and he had to disappoint Thati. It ended up being one too many excuses and then he had to let Thati know that she is the only for him and he will forever love her.

Unfortunately for him, Ntokozo was going downstairs and he heard his father tell the woman on the other side that he loves her. Ntokozo started acting up and no one knew why he was acting this way. He did not want to talk to his father because what was Melusi teaching Ntokozo when he was the very same man nyonyobing on his mother.

Ntokozo finally told his friend Teddy and together they hatched out a plan to find out who Melusi is cheating with. Ntokozo found a purple lipstick under his father’s desk at work. They even called the lodge Melusi was at with Thati and wow, let’s just say that receptionist is not a loyal one, sis spilled everything, Ntokozo did not even have to ask anything, SMDH.

Ntokozo started getting signs that the lady his father was busy with was Miss Jackie Hlungwane because sis has the same lipstick colour and he kept bumping into them.

Next thing Ntokozo went to his mom and told her everything including that the lady is Miss Hlungwane. Gladys confronted Jackie, sis was ready for war, cue Kelly Khumalo – Empini, it was lit. Wigs were snatched, punches were almost thrown and Thati was standing right there acting like she isn’t the one Melusi is snacking.

Melusi did tell her that Jackie is not the lady but he wouldnt say who it was until Gladys went to apologise to Jackie and jackie told her that it has been Thati. Gladys went berserk and went to Thati’s house and confronted her. All Melusi could do at this point was apologise to Gladys but still it seemed like he was protecting Thati.

Gladys asked him every question she could have possibly asked and Melusi simply pleaded the 5th and kept it moving. Gladys handed him her ring and told him she wants a divorce. Sis is still on that tip and she wont flake. We love that.

Catch Gomora on Mzansi Magic, 161 weekdays at 19:00 to find out if they will be getting that dreaded divorce.