Here’s How Many Girlfriends Musa Mseleku Has

Here’s How Many Girlfriends Musa Mseleku Has 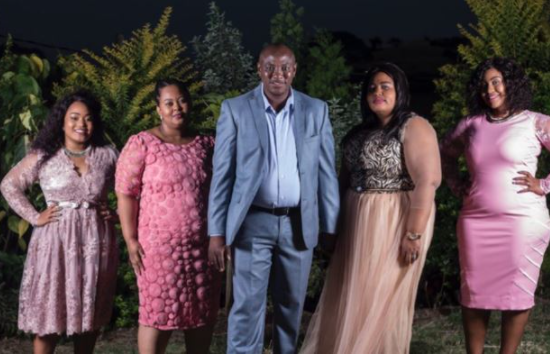 Uthando Nes’thembu season 5 premiered yesterday on Mzansi Magic and viewers enjoyed every minute of it. Many felt that the episodes are too short because of the engrossing drama.

🕯️🕯️🕯️ for Mseleku and MaNgwabe to find common ground this season. #uThandoNesthembu

Polygamist Musa Mseleku and his four wives MaCele, MaYeni, MaKhumalo and MaNgwabe returned for yet another drama filled season 5. Last night it was all fashion galore as the ladies were all dolled up – and their husband made sure to let them know how stunning they looked.

But what was more interesting was his children’s thoughts on polygamy, more especially his sons. One of his sons spoke about how he would like his polygamous marriages to go, saying he will do things more differently than his father.

Agreeing with the general public’s thoughts on polygamy, he said you definitely have to be monied to have many wives. He also said he will have a large homestead where all his wives and children live, instead of having them live in different houses.

“If you want to be a polygamist then you’d better have deep pockets. When I become a polygamist, I won’t be like my father who has wives who live separately. I will have a massive yard,” says the son.

Another interesting, but not surprising revelation is that Musa Mseleku has other women he is entertaining in his life, other than his four wives. The businessman said he has many girlfriends because he is very “loveable man.”

'If you want to be a polygamist, you have to make sure you have deep pockets' – one of Mseleku's kids

I hope those men from Mnakwethu heard that 💀#Uthandonesthembu pic.twitter.com/jfHlgPzjw3

I've been watching #UthandonesThembu all these seasons, I get the sense that MaNgwabe is preparing for an exit.

Babygirl even went and started a nursing degree, by the look of things she can't wait to get it and bounce.

Honestly, I ain't mad at all💅🏽

It seems like the nurse has had enough. She is at the door. #Uthandonesthembu pic.twitter.com/Rp6IgEJcQz

Musa is currently in search of wife number 5. He posted on Instagram recently asking his fans to please help him look for wife number 5, “Please help me look for my fifth wife. My wife MaCele says I will never get married again,” he wrote. Speaking to Daily Sun, that 2 wives are now in support of him welcoming wife number 5. In this season, we will get to know which of his wives have joined his team, and which ones oppose him.

He told the publication that the the following criteria wins; must be someone who is very well educated and has her own money. One of the most important requirements though is that she must want to give him children, preferably boys. He apparently wants 20 children and he will only achieve his goal if he at least weds 7 women, he currently has four.

“She should be a lawyer, doctor or academic. I need an independent thinker, someone who is financially independent with her own views. She must be prepared to give me more children.

“This means I need at least seven wives in order to achieve my goal. At the moment, two of my wives are in support of my dream while two are against it. I will not be discouraged. I know I will fulfil this goal in good time,” he told the publication.

There was a woman by the name of Nhlanhla Ngwenya who was rumoured to be Musa’s 5th wife. The woman had a close relationship with all the wives, and was a family friend. Nhlanhla Ngwenya is a Communications Coordinator at Tourism KwaZulu-Natal.

Lasizwe Tells Women To Stop Being “Bob The Builder” To Men