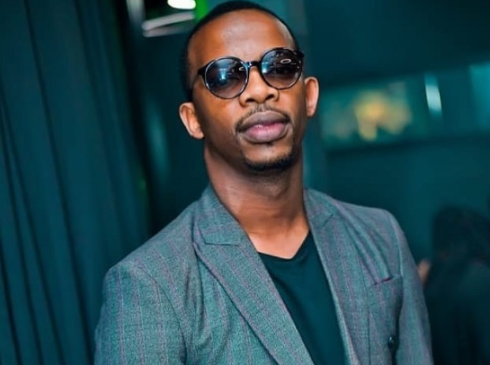 Zakes Bantwini fans are looking forward to September 17 when he drops his much anticipated banger Osama. Some celebrities have gone on to appreciate the song with some saying there is no reason why it shouldn’t be crowned song of the year. But what’s Black Coffee’s issue with the song?

Black Coffee did appreciate the song and he also hyped it on Twitter.

When a fan said Coffee will definitely play the song, he said he won’t because he prefers the original version, “It is nice but I won’t I still prefer the original,” he said. Confused by his statements, Sol Phenduka asked him to clarify and he did, he even provided receipts. Spicy!

Black Coffee then shared the original version of Osama but he received backlash for that, with people calling it an unnecessary move, concluding that he is jealous of Zakes and there is still hostility between them.

Speaking about his certified hit before it even got to be released, Zakes said he did not think that the song would blow up the way it did, weeks before it actually gets released. He thought that people would slowly warm up to the song instead of just vibing to it immediately.

“I did not think that people would just love it instantly, I thought it was gonna grow with people until people wanted to hear it immediately, it surprised us,” he said.

Have a listen to both the records and decide for yourself if Zakes sampled the record he created with Kasango. Even if he did, sampling songs or beats is not a new thing.

There's a reason he played the clip from that timestamp. These songs aren't similar its only the melody of the vocals probably the same language.

Kasango and Zakes gave us a banger and nothing will put a stop to it. pic.twitter.com/d6uqUCRFyN

I hate to see this, when people we appreciate speak like this just doesn’t give hope to the people out there.This shouldn’t be even on Social media because we have people who receive hope from the two of you,this means people will never reconcile if such hate is openly displayed.

Coffee is clearly bitter against @ZakesBantwiniSA
Thats the reason you won't play osama??? And osama sounds hotter than the alleged "original"

Their beef was apparently caused by some industry politics which lead them to not seeing eye to eye on certain things.

Prince Kaybee also got dragged into the Zakes hype after releasing a teaser for his song. A fan accused him of shaking in his boots trying to create beef between them.

Prince clapped back saying he always catches smoke on Twitter as if he hasn’t done anything for the music industry in the country.

Since Prince and Black Coffee do not get along, we can only wonder what went on in his mind when he saw Coffee’s tweet – if he isn’t blocked by now.

The two do not get a long at all and Prince even said he does not respect Black Coffee despite being feared by many in the industry. In his interview with Everything SA Music, he said, “I’ve got this thing about me … apparently it’s being arrogant. I really need you to earn my respect, from a very personal point. Respect and recognition are two different things. I can recognise you as the world’s number one DJ but you can’t force me to respect you. Respect is personal…but what have you shown me to respect you,” Kaybee said.

“I don’t see him as a God because there is no reason to do that. Other people do that. Also I don’t think Black Coffee has a dope catalogue creatively. As a producer and musician, he does not have a great catalogue.”