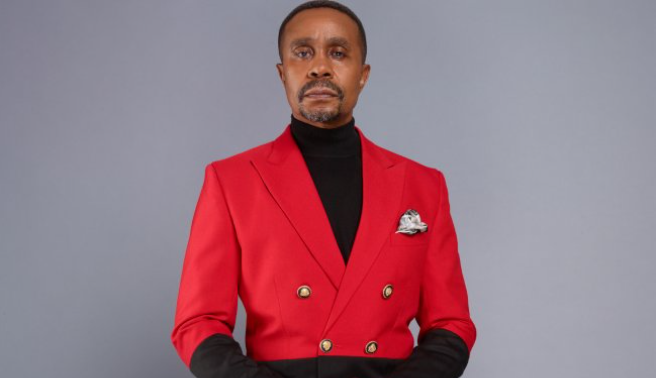 When a character sticks with a person’s identity even well after they leave a production to star in a new one, you know they did a tremendous job. This is the case with Jack Mabaso, AKA Vusi Kunene. He now stars in the new Etv drama series called House Of Zwide, and viewers cannot stop referring to his character as Jack.

No surprise there because Jack Mabaso played a huge role in Generations. Enough about his character though which was now killed off on the show. He plays Funani Zwide on the new fashion drama series which has taken over Rhythm City’s time slot as of yesterday July 19.

The very soul of my designs… I'm an artist!!😅#HouseofZwide pic.twitter.com/WIM4DKAWJ0

The show is just what Mzansi needed and judging from the first episode, House Of Zwide could be right up there with international fashion dramas.

The show focuses on a young aspirant fashion designer by the name of Ona Molapa – who by the way viewers are loving and seeing how Nefisa Mkhabela is a new kid on the block, we are as excited to see how she kills this role. Ona apart from being an aspiring fashion designer, she will learn news of how her father Isaac is actually her adoptive father who killed her biological mother.

Her mum was having an affair with a married man, Funani Zwide and when his wife Faith Zwide played by Winnie Ntshaba, found out, she ordered Isaac played by Jefferey Sekele to kill his mistress – which was Ona’s mother.

So instead of killing both mistress and child, he decided to adopt the child, hence the whole adoptive father storyline.

Her performance is what many are raving about. This is what she had to say about her character, “Introducing Onalerona Molapo from House Of Zwide. I am so excited to take you all on this journey of how I brought this character to life and I hope anyone with a dream that’s different is inspired to follow their passion as it will uncover who you really are.”

Introducing Onalerona Molapo from House Of Zwide . I am so excited to take you all on this journey of how I brought this character to life and I hope anyone with a dream that’s different is inspired to follow their passion as it will uncover who you really are❤️🌟#HouseofZwide pic.twitter.com/Kpck3j9O2w

We asked out Facebook readers what they thought about the show and this is what they had to say:

Masingita Pinky: “When it’s come for fashion I like it, I wanna learn more this is kind of things we should be watching in early ages.”

Laone Tshupelo Mabutho III: “I’m sold. That’s how you premier a show🔥🔥🔥 I don’t think Zobuhle died in the fire…I think Ona is Zobuhle…I mean she has the same passion for fashion just like Funani. Also it seems like there’s unfinished business between Ona’s father and Faith. I’ll definitely be tuning in.
Brilliant Acting and Writing.”

Mavuka Sibahle Malambe: “Copy n paste of Diep City when it started .I just love the fact that more youngstars are acting.”

On Twitter, the energy is the same. We love that House Of Zwide made an impact and we sure hope it keeps the momentum going.

I love the pacing of #HouseOfZwide

Let’s hope they maintain this pace! 🙏🏾

This show looks "premium". It's got that quality thing. I'm glad it didn't go to 161 Mzansi Magic #HouseofZwide pic.twitter.com/hQFPFU2U8Q

I don't care who they call him on #HouseOfZwide. To me he is and will always be Jack Mabaso. pic.twitter.com/5oFz0pD7s9

I'm just here for the let's get naked part#HouseOfZwide pic.twitter.com/D0RS6aaJW6