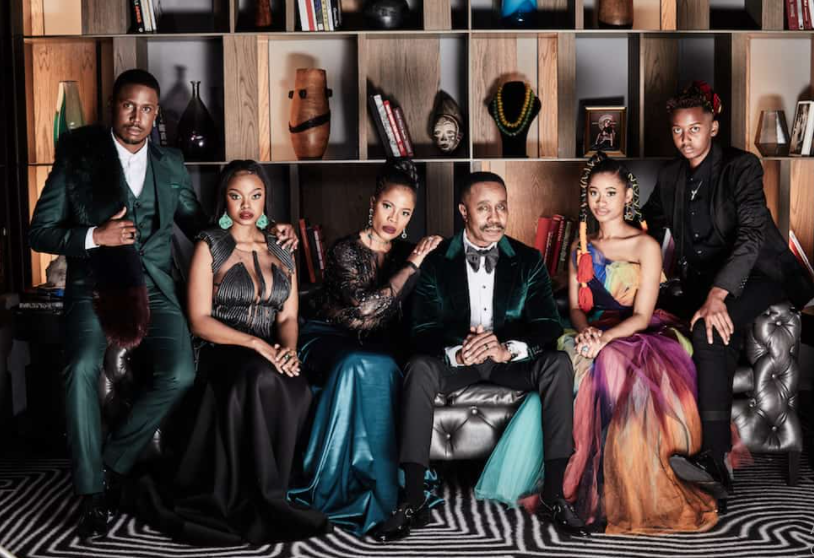 House Of Zwide only premiered July 19, but has already amassed millions of viewers. This according to the latest data released by the Broadcast Research Council of South Africa, which shows that House Of Zwide sits at number two of the most-watched shows on E.tv.

According to Sowetan Live, the show which is spearheaded by veteran actor Vusi Kunene who plays Funani Zwide and his former Generations colleague Winnie Ntshaba who plays Faith Zwide, saw 4.24 million viewers tuning in weekly for the drama. It has also managed to kick Imbewu off the top spot as it has 3.89 million viewers.

The publication also revealed that the leading soapie on E.tv is still Scandal with a total of 5.23 million viewers.

On SABC Uzalo is still sitting at the top with 7.77 million viewers and Generations went up a spot with 6.4 million and Skeem Saam is at number 3 with 5.91 million South Africans watching.

House Of Zwide replaced Etv’s longs standing soapie Rhythm City which aired its final episode on July 8. The drama series intrigued Mzansi with it’s very first episode. It focuses on a young aspirant fashion designer by the name of Ona Molapa – played by Nefisa Mkhabela, who is a new kid on the block.

Ona apart from being an aspiring fashion designer, she will learn news of how her father Isaac is actually her adoptive father who killed her biological mother.

Her mum was having an affair with a married man, Funani Zwide and when his wife Faith Zwide, found out, she ordered Isaac played by Jefferey Sekele to kill his mistress – which was Ona’s mother. So instead of killing both mistress and child, he decided to adopt the child, hence the whole adoptive father storyline.

Ona had this to say on Twitter, “Introducing Onalerona Molapo from House Of Zwide. I am so excited to take you all on this journey of how I brought this character to life and I hope anyone with a dream that’s different is inspired to follow their passion as it will uncover who you really are.”

Introducing Onalerona Molapo from House Of Zwide . I am so excited to take you all on this journey of how I brought this character to life and I hope anyone with a dream that’s different is inspired to follow their passion as it will uncover who you really are❤️🌟#HouseofZwide pic.twitter.com/Kpck3j9O2w

Winnie spoke highly of her character and said, “Faith is not moved by what is seen. Faith will move in the midst of what is seen…In the midst of all the chaos right now, never loose your Faith. Meet Faith Zwide as we premier @HouseOfZwide on Monday the 19th July at 7pm…”

She is also thankful for the role. She wrote on IG, “Never forget to pray! And when you pray, believe you have received…BELIEVE. ALL things are possible to him who believes…Then put in the work….Cos FAITH without works is dead. Let us spread love! We are of God after all, God is love. Thank you for the love I am receiving for the new show”

Viewers had this to say about the first episode:

Laone Tshupelo Mabutho III: “I’m sold. That’s how you premier a show🔥🔥🔥 I don’t think Zobuhle died in the fire…I think Ona is Zobuhle…I mean she has the same passion for fashion just like Funani. Also it seems like there’s unfinished business between Ona’s father and Faith. I’ll definitely be tuning in.
Brilliant Acting and Writing.”

Mavuka Sibahle Malambe: “Copy n paste of Diep City when it started .I just love the fact that more youngstars are acting.”