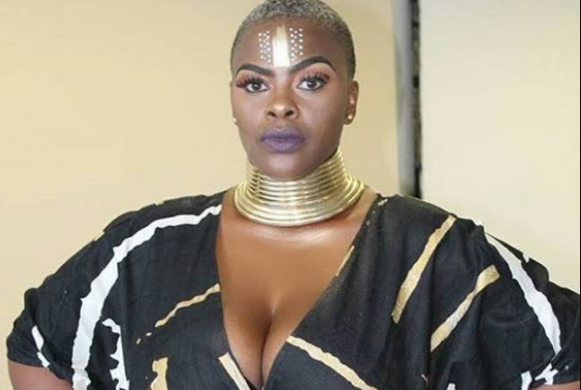 Diep City Star Dawn Thandeka King has been sharing details of her terrific accident bit by bit on Instagram.

Recently, the former Uzalo actress made a video opening up about what happened.

“On the 16th of April 2021 while doing something that I love doing more than anything else in the world, a terrible accident happened,” she wrote on Instagram.

She said In April she suffered a horrible knee injury when she was on set. Dawn Thandeka said she had to go for surgery.

In the video, she says: ” It’s been such a difficult month already and we are only on day 4/5… In April I injured my knee on set so that month that I had to go for surgery, I have been immobile for three months.

“After the physio, that’s why you guys could see pictures of me just in one place. I didn’t want anyone to know that I was injured because I needed to heal on my own. It was a tiring period, emotionally I was tired, I was depressed because I couldn’t do anything.”

The actress said the past few months were difficult for her. She said she couldn’t move at all and at some point, she needed help going to the bathroom.

She said she did not go public about what happened because she wanted to give herself time to heal first.

“But it has also been a good 4 months in that, I have just been sitting in my bedroom I can’t move. There was a time when even going to the bathroom was a mission, even taking a shower was a mission. I needed to be taken to have a shower and the bathroom. That was the most tiring period, the most depressing period of my life.

“So I decided that I was going to keep it to myself, I was going to allow myself time to heal because being immobile when you are the person that I used to moving around and being hands-on is very frustrating,” she said.

Dawn Thandeka also rubbished claims that she is pregnant, she also made it clear that she is not quitting acting.

“That’s another thing that I want to set straight, I am not pregnant, I wish I were, I just have a knee injury and I have been trying to communicate this to people.”

Fans took to the comments section to wish her a speedy recovery.

Musah Zwane wrote: “We really missed you so much mama🥺♥️ can’t wait for you to heal completely so you can continue doing what you love .”