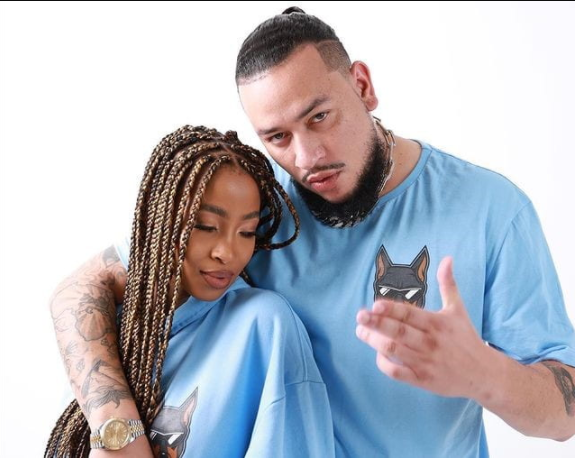 It’s now been four months since the passing of AKA’s fiancée Nellie Tembe and the rapper has spoken about her passing for the first time on social media. The rapper revealed that the pain never goes away and that he’ll never be the same person again. He also thanked everyone who has stuck with their families in this tough time.

“4 months to this day. … it never goes away. Every day I pray for her, myself and our families. I will never be the same person I was … but I will do the best I can with the gift and opportunity of life that I still have left. Thank You to everyone who has stuck by me and our respective families … you know who you are.”

The rapper first revealed that it’s been hard for him to get up on some days and feels like his whole life has been pulled from underneath him.

Opening up about Nellie’s passing to Journalist Thembekile Mrototo in May, AKA said that it’s been hard for him to get up in the mornings.

“I’m in a state of grief. Sadness. For me, Anele was and still is my wife. I find it very hard to get up in the mornings and make it through the day. I’m in grieving and I’m in the morning

“There’s so much going on and it’s hard for me to find the time and the peace to mourn and to grief. My thoughts are also with her family. It’s not just my loss. It’s their loss as well. With my family, it’s been very very difficult for us as well because at the end of the day we were going to become one family.” He continued.

“And I feel like all that potential and my whole life has been pulled out from underneath me. I never wanted to lay things bare. I never wanted to be in this position and have to explain. I just wanted to mourn and grieve. I think the events of the last month have really put me in a position where I now need to tell the truth. And I need to speak and my voice needs to be heard. Because people want to know from me what my explanations or my answers to their questions are.” Said the rapper in part.

In the same interview, AKA said that he never abused Anele.

“But I know that what I am not is an abuser. I am not someone who would abuse Anele, I treated her like gold. She was my everything and still remains my everything. I would wake up every single day thinking how happy could I make this person.

When she says “you don’t know what he’s doing to me,” I cannot speak to that. Because she’s not here. I can only wonder what she was talking about But what I do know is that I loved her and I did everything I could to take care of her.”

Investigation Launched Into The Fatal Accident Of Amapiano Stars