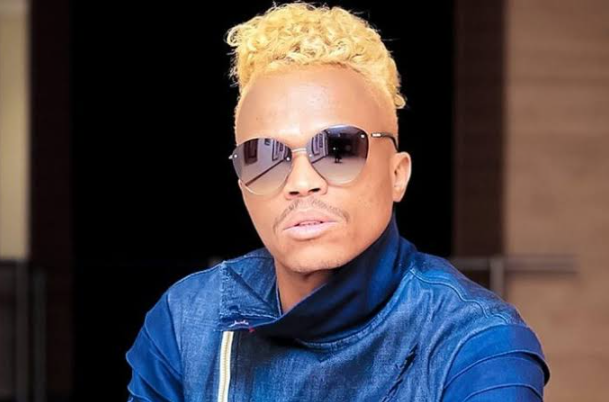 Idols SA viewers are set on having Somizi Mhlongo re-instated as the judge on the singing competition show. No amount of guest celebrity judges can help “save” the show in terms of ratings and keeping their avid viewers.

Idols SA trends weekly, not only for the amazing talent from the contestants, but Somizi’s extravagant performances, his alter ego, amazing fashion nd hair trends as well as his famous punch lines. Social media probably gets a new meme from the media personality every week.

Since his departure from the show, Somizi has been trending once again weekly along with Idols, but it is only because viewers want him back on ‘boring’ Idols SA.

Last night’s episode was nothing short of “boring” according to viewers who flood Somizi’s mentions and comments section on Instagram on a daily, with messages begging him to make a return. It seems as though the top 9 as well did not impress anyone including the remaining judges Unathi Nkayi and Randall Abrahams.

On Twitter, they have had enough and demand Idols SA to reinstate Somizi on the show – or the numbers might just take an even deeper plunge.

His “departure” on Idols is a result of the damning allegations his estranged husband Mohale Motaung made against him. Mohale revealed everything including their bedroom affairs which involve Somizi’s adventurous ways. He made even shocking allegations that he was physically abusive as well as controlling. He revealed that Somizi dictated who he can work with, chill with and even converse with. These people included The Fergusons.

Somizi lost out on his other major sources of income which include Metro FM and a few brands distanced themselves from him. This saw his loyal fans distancing themselves from these companies as well.

Viewers started off with just airing their disappointment to threatening to never watch Idols ever again, and they were all action not just talk.

I have a ask, how long are we supposed to pretend like we enjoy the show without Somizi? #idolssa pic.twitter.com/bmGT84vlYZ

#idolssa must just swallow their pride and bring back Somizi. The show is now boring pic.twitter.com/jmeDFSyOjN

Where is Somizi to tell these people to stop contesting and start performing #idolssa pic.twitter.com/O4qE6zjsH7

In other Idols news, a contestant by the name of Ithana, dumped the competition and she was part of the top 10. According to M-Net local channels entertainment director, Nomsa Philiso, the 22-year-old dropped out from the top 10 due to medical reasons.

“As M-Net we wish her a speedy recovery. It is unfortunate that she cannot continue in the competition but her health is of paramount importance. I know this is not the last time South Africans see her on our screens,” she said.

Somizi however is keeping himself busy by taking care of his own coins and securing bags for himself. The media personality recently confirmed that he is unemployed but did not say that in low spirits. In order to fight his unemployment status, he is going back to some of his money makers. He had been involved with his culinary tours every Sunday with his traditional food served buffet style. Now, he has gone back to dancing and choreography.

Meanwhile, his hubby Mohale Motaung is enjoying some time away from the hustle and bustle to enjoying a relaxed vacation in Cape Town.