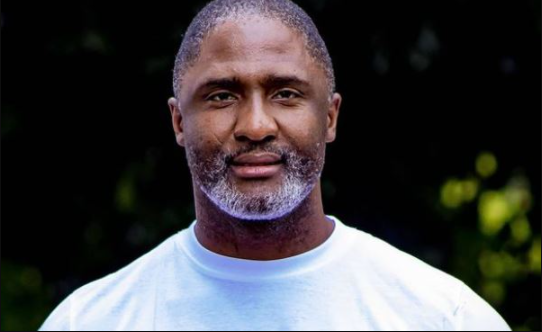 Imbewu actor Muzi Mthabela seems to have had someone close to him be a victim of scamming and Muzi is not liking this not even one bit.

Muzi took to Instagram to warn people of scammers. He said, “Please be warned. There’s a homosapien on the prowl using @mzaa_dlaminie pics posing as him scamming people.

“A lady reached out to me on fb asking if I know him cos he’s sitting with me. She wanted to verify because she saw me sitting with ‘him’. People just use other people’s pictures (stealing their identity) and commit fraud. Now I don’t know ‘Lebo Dlamini’ but he’s definitely stolen @mzaa_dlaminie ‘s pictures for his vile plans.

Please!! Never send money to someone who office location you do not know. Someone whom you’ve never seen. Be extra vigilant because “Balambile Abantu”

Mza Dlamini said, “Thank you for the Alert 🚨. I’ve also made several attempts in alerting Facebook users to aware of such impersonators using pictures. I am not on Facebook ❌”

People have taken to the comment’s section to share Muzi’s sentiments. These were some of the reactions:

@amanda.dambuza said, “😡😡 it baffles me how people keep falling for these scammers. Why hand over your money to someone online even if they have a public face or knowable face🤷🏽‍♀️🤷🏽‍♀️”

Muzi is currently on Imbewu on etv as Menzi. When he first joined, people thought that he was going to take over the role of Ngcolosi after Tony Kgoroge left. Unfortunately, much to everyone’s surprise he joined as a different character and started courting Ngcolosi’s wife, even proposing to her. Everything happened so quickly.

Well last week, Menzi left everybody shook when he started acting erratically and pretty much forced MaZulu to marry him. Mans even had a whole priest standing under a gazebo waiting for the couple to officially and finally tie the knot.

MaZulu was not having it and straight up told him that she will not be getting married to him anytime soon. Infact sis said she never wants to get married again. This unleashed a side of Menzi that even MaZulu did not know existed.

Well, the viewers had an idea that he was someone who lost it very quickly and always wanted to be in control and when he showed this side of him to who we all thought was gonna be his wife, MaZulu was left gasping for air.

For a second we all thought that Menzi was gonna beat the living daylights out of her but sis handled that situation like a pro and bounced out of there like a lightening while she had the time to.

Well Menzi felt betrayed and that’s understandable because it seems MaZulu did use him to get the piece of the Maluju oil and once she got that, sis stripped him naked and left him wondering where is the woman that he fell in love with.

Menzi is not one to mope and cry over split milk. He seems to be ready to move on and rock someone else’s boat and that boat seems to be of the very people MaZulu loves. Zakithi and Nerupa and we know he will take it all the way just to prove a point and who could blame him honestly. They have broken up and he can do what and who he wants wherever.

Liesl Gives Us A Snippet Into Her Bachelorette