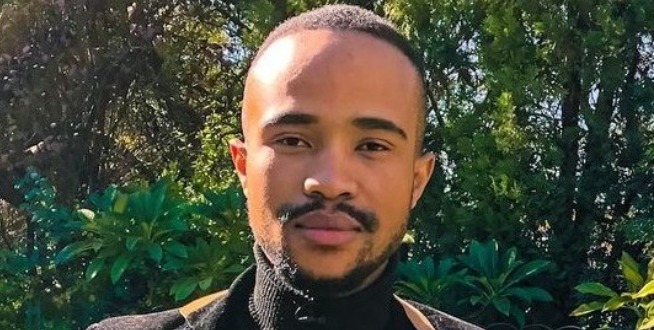 The media personality recently sent the Twitter streets into a frenzy with his bootylicious snap. His pic had a lot of straight men boldly admitting that they would date him, while others asked why their girlfriends did not look like Inno. Women, on the other hand were envious of his body, saying they wish they were just as hot.

This time, Inno showed off his thighs. He was clad in a mini shorts and captioned his tweet “chipi ya di chipi” — the word chipi is S’pitori for ‘a beautiful or hot girl, while S’pitori is a colloquial language spoken in Pretoria and other parts of Gauteng that is a mixture of various languages that are indigenous to South Africa including Setswana, Sesotho and IsiZulu.

In another pic, he wore a pretty yellow dress and as expected his tweet received a lot of love, and again it was also from straight men. This time, however, women wanted tips on how to get that hot body.

Inno, how do I grow my ass and hips?

I wish my girlfriend was fresh like this…. pic.twitter.com/QbvFHjLlK6

What many people love about Inno Matijane is his level of confidence which he also exudes on The Way Ngingakhona. The entertainment reality show is on Moja Love, Channel 15 7, and it is based on the lives of 3 members of the LGBTI+ community and Inno is one of the cast members who is a fan favourite. Last week, he broke many hearts when he announced that he would not be returning to the show for a third season.

Even though Inno revealed that he decided to leave the show, he did not get into details of why he decided to quit. He thanked his fans for their love and support.

“And that was my last episode of me signing out on #TheWayNgingakhona see you at the reunion for my last appearance on the show. It’s been a long journey, but my time has ended. Don’t stop telling Queer stories, we matter. Decided to leave. Thank you for loving me.”

Giving a bit more details on his departure, he told Daily Sun that he will be exploring other opportunities and doing things that he always wanted to do. He said given the chance, he would definitely do another reality show.

“It’s just time to do move on to the things that I have always wanted to do, like acting, radio, and TV presenting. Everything has its expiry date and it’s important to learn when to walk away from something…
“I will be focusing on my music and I am launching a cosmetic line. I am now focusing on my entrepreneurial skills. It seems like a lot at once but I believe I am limitless.”

The star has always been open about his sexual orientation. Which is why last year, the proudly gay media personality followed in the steps of fellow gay personalities like Somizi and Lasizwe by introducing the world to his female alter ego. With his decision to spread his wings and explore the entertainment industry a bit more, maybe we will be treated to more content of his alter ego.