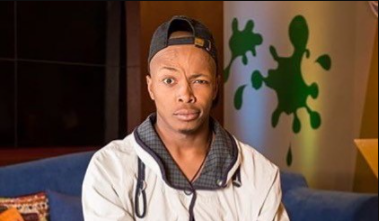 Skeem Saam viewers have been struggling to come to terms with the fact that Fanie is no more. Following a shooting from Lehasa’s thugs, Maserumula found himself in hospital fighting for his life. After doctors managed to get him in a stable state, his Care Rovuwa boss, Lehasa snuck up in the evening disguised as a security guard and injected his drip with a deadly poison which almost instantly ended his life.
Real Name

He Is In His Thirties

He Is In A Committed Relationship

The actor is currently in a relationship with Palesa Shole.

Gift Is An Arts Graduate

The star has always had a love for the arts. He graduated from the National School of the Arts.

Gift is an experienced actor with a career that spans over a decade. In the early 2000s, he used to star in the educational television drama Soul Buddyz as Sipho. This was followed by a presenting gig on Yo.TV.

Kea Leburu, who closely worked with Gift in Skeem Saam penned a heartfelt post to her former colleague, thanking him for all the years. “Thank you Gift. I’m writing this from the bottom of my heart.” She said.

Keamogetswe revealed that she was star-struck when she first met Gift. “From the very first day, I met you I was a bit nervous( I know you don’t know about this ) but yep I was.

“Given the opportunity to work with you I’ve never met someone so genuine and friendly, you made acting so easy and I enjoyed every moment I shared with you. Thank you for your kind heart, for the lessons you taught me and for always believing in me bro.” She shared.

She added that every time she was nervous about filming a scene, he would encourage her. Wishing him all the best for the future, she said that they’ll meet at family gatherings.

What we’ve found rather strange, perhaps the fans can also attest to this is that there was no official farewell for Gift after spending about five years on the show. Gift also hasn’t said much about his unexpected departure and his future plans. The fans, however, have been showing love all over social media. Some even petitioned for the producers to bring him back.

Thank you for all the years Fanie, Café Rovuwa will never be the same without you.