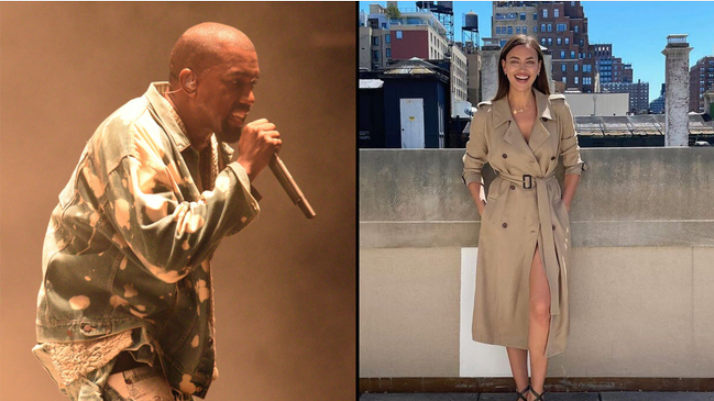 The 35-year-old model – who has four-year-old daughter Lea with former partner Bradley Cooper – has recently been romantically linked with the “Stronger” rapper after they were seen together in France last month, but it was reported this week they had split, with some reports suggesting they never dated.

However, it has now been claimed the pair are in fact still together even though Irina did not join Kanye for an appearance at a fashion show in Paris.

A source told People magazine: “[Break-up rumours] are just not true. Kanye went to Paris for the Balenciaga show to support Demna [Gvasalia]. He was in and out, only there for three hours.

“They are very much still dating, they were just together for the 4th of July weekend in San Francisco where he’s working right now.”

In reports this week, it was reported Irina was just “friends” with Kanye, and sources said she didn’t go to Paris with him because she didn’t want to add fuel to the fire.

Another insider said: “She likes him as a friend, but doesn’t want a relationship with him.

“She doesn’t want the association that they are dating, which is what would have run in the press if she showed up [in Paris with him].

“It would have been another month of news saying that they are dating.”

Irina and Kanye – who has four children, North, eight, Saint, five, Chicago, three, and Psalm, two, with estranged wife Kim Kardashian West – have been friends for several years and she previously appeared in his 2010 music video for ‘Power’, as well as modelling for his Yeezy brand.

It had previously been claimed that the “FourFiveSeconds” hitmaker had “pursued” Irina, but they were not officially a couple.

A source said earlier this month: “They have known each other professionally for years. He started pursuing her a few weeks ago. Kanye is a persuasive guy.

“He hung out with her in NYC before they celebrated his birthday in France.

“She seems smitten. He invited her to France and she happily accepted.

“They are not officially dating, but there is an interest from both sides.”