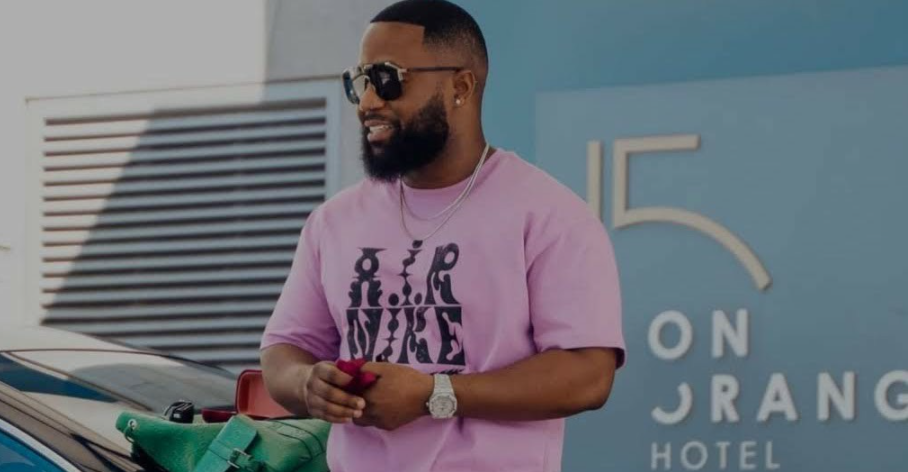 Cassper recently announced that later this year, he will be launching his very own alcoholic beverage called ‘Billiato, A Taste Of Wealth.’ He hyped his announced days before and started trending by just that video alone. People already knew that what he had under his belt was going to be major.

The rapper who is currently taking a break from Hip Hop, teased his new alcoholic business venture on YFM’s Banques and Venom podcast. He said his partnerhsip with Ciroc helped him with this new business venture but it did not work out because they were not giving him what he wanted.

“I had a great relationship with Ciroc, but that relationship came to an end because they wasn’t giving me what I wanted. The reason I started working with Ciroc was because I was working on something. I needed to learn the industry,” he said.

Cassper describes his drink as a shooter, which gives fans a taste of what wealth is. He says it is smooth and not a spirit which gives off hard notes. “It is sweet, it has this distinct taste. You do not know what it is but you want to have more,” he describes.

On Sunday, he finally announced the name and introduced the bottle design however, for a few group of people it “proves” Cassper’s lack of creativity. One person in particular is Nota Baloyi who slammed Cassper for copying Mac G’s Grandeur Gin which has the same design just different names.

“Capper is at it again… This time he copied @grandeurgin’s bottle design for his new spirit, SMH!” Nota said.

With that pointed out, we take a look at the few times Cassper was accused of being uncreative and labelled a “copycat.”

He defended himself and admitted that he took inspiration from the popular cartoon network.

Inspired by his birth year, Cass partnered with Drip Footwear CEO and Founder, Lekau, to create his very own sneakers called, #RF990 saying they are a replica of previously released sneakers. They signed a R100 million deal. Massive!

They started off with Pink colours then progressed to other dope colours, but trolls could not help but notice the similarities to other brands, from China.

“Cassper is killing that Drip brand. He hijacked a well established brand and made it about him, while his sneaker quality is an insult to the consumer. We must stop sugar coating, black business must sell quality and not blackmail us with “black owned” term,” a tweep commented.

Prince Kaybee came to his defense saying it is expensive to start your own design from scratch, “Just want to defend Sasko Sam here for once, starting and designing your own shoe from scratch is Expensive, he doesn’t have the money to do that so best bet is get a Chinese existing design, put a tree and sell to Dome Fill Ups, commercial business principal,” he mocked.

LADY DU OPENS UP ON HER MUSIC JOURNEY