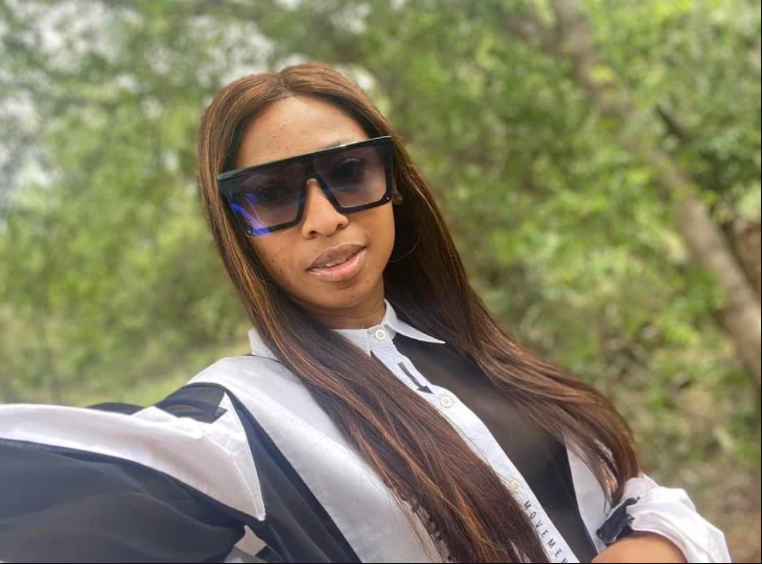 It appears Enhle Mbali is going through a healing process as a newly single woman and will be taking her fans through the process. Last year she teased a video of herself filming what appeared to be a reality show opening up about her personal life. She also revealed that she has a crush on Will Smith. At the end of the video, it said – coming soon.

She shared another trailer this morning. Across the screen, we saw the following questions and statements – Sex tapes and extortions? Cheated with? Cheating Scandals Spins two concubines out of wedlock.

“You strike a woman you strike a rock. I am no rock. And I’ve said this that I am a flower and this flower needs to be watered and I am watering this flower as a newly single mother. As a newly healed woman, I stride. Let’s dive in.” She said in her video.

A couple of months back, Enhle had promised her fans that she would get into a timeline of her relationship and the abuse she experienced.

“I decided to make this video because I have been silent. I have been harassed, I have been intimidated for the longest of times. And I’m here emotional today because I wasn’t granted a protection order,” she said in the video she posted.

“Now, I’m not going to say names because I don’t know the implications. But I’m going to tell you guys everything. I have been protecting this man for far too long. And all the other women that have come to me for assistance, I will also come at them.”

Many of her fans assumed that the person she was talking about since the two were going through a messy divorce.

“This man lied in the court of law. Saying he went under my arm, as tall as he is when he knows very well that he hit me. He struck my hand twice and pushed me into our marital property. I don’t feel safe as he is also psychologically messing with my children. Which is why I had to stand up and fight for myself.

“He called my children, telling them to stop this whole case. And my child was crying. My child told me that he doesn’t feel like a child anymore. Because of the divorce, because he’s got new siblings and so many other things.” She said in part.

However, the press conference where she would tell media about what actually happened never materialized and it is believed that the two are now at peace following their exchange on Instagram. Could this alleged new show be the tell-all she had promised? We will have to wait and see.