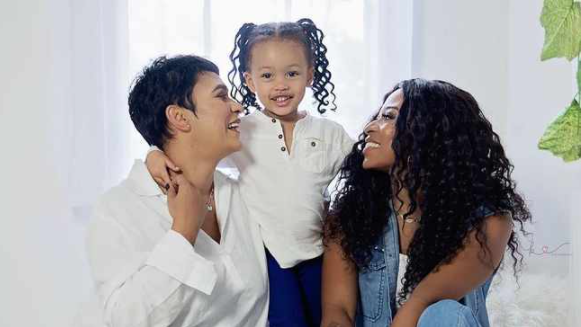 AKA’s mother Lynn ‘Glammy’ Forbes has revealed what it would take for her to be baby Asante’s Glammy. During an Instagram Q&A session, a curious fan asked if she would willingly be a part of Asante’s life, and she gave a hilarious response.

Baby Asante, who has her own Instagram page and has over 40K followers, came into this world a few weeks ago. She is the daughter of DJ Zinhle and Murdah Bongz. Her big sister, Kairo Forbes has the world’s most hands on and supportive Glammy, and some are wondering if her sister will be able to experience that as well.

Glammy has been an exceptional grandmother to Kairo Forbes and a curious fan asked her if she would also show Asante the same amount of love or not. “Congratulations to the family on the new baba. I know you will be her Glammy too,” the follower wrote.

She responded and said Zinhle and Bongani would have to pay her for that. On whether she would appear on Zinhle’s reality show, The Unexpected, which airs on BET Africa, Glammy said she will probably be on one episode. 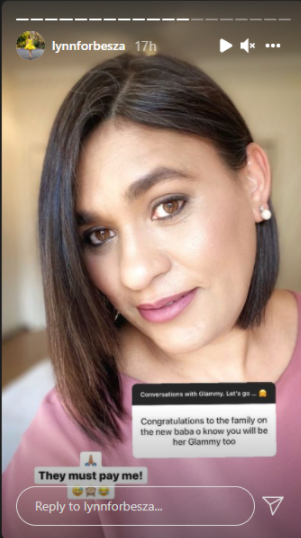 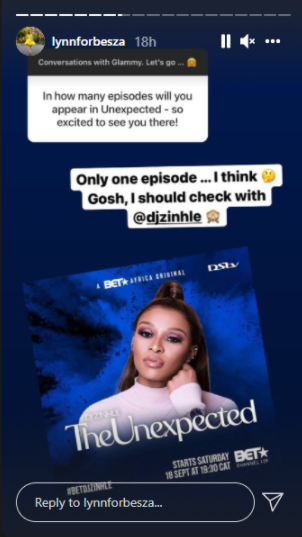 Speaking on the positive change Kairo brought into her life, Glammy said she is a huge blessing. “Being this actively involved in kairo’s daily life has given new meaning and a deeper sense of fulfillment to my own life. She is such a huge blessing,” she said.

Zinhle also shared a video of them together where DJ Zinhle called Glammy out for eating her food “Why are you eating my food,” she said. She then sat on top of glammy as punishment who quickly said “get off me” and complained about how heavy she is. Zinhle hilariously said, “You need to be able to carry children.”

Last year, Glammy received some hate for supporting AKA’s relationship with Anele Tembe, after embarrassing Zinhle in public. It was a few days after Zinhle declared her love for AKA that AKA did not respond but he was spotted kissing another woman.

When AKA posted a pic of him and Anele, Lynn left a heart emoji in his comments section. But now Zinhle’s fans, all 300 of them attacked her. They came for her for still living with Zinhle and not paying a cent towards rent.

“Today we laughed harder than we have ever laughed during this lockdown period, so thank you for the entertainment. Today I was reminded once again just how blessed I am to be in the company of people with very high Emotional Intelligence. Today, again, I’m also reminded of the importance of family and the irrelevance or uninformed opinion,” her now deleted post reads.

Zinhle also responded and said Lynn is allowed to love anybody else besides her and Kairo.

The Queen Is Back!!!