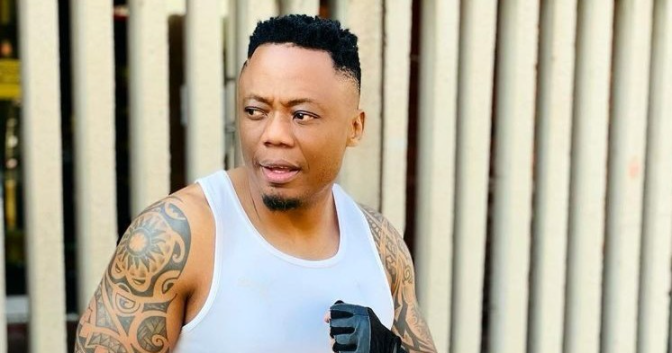 DJ Tira is without a doubt one of the pioneers of SA House and Gqom music which is heating up the dance floors till this day. The Afrotainment boss will not be thrilled to know that he is trending because some people say he has no impact in the music industry and is not relevant anymore.

Yes, the Amapiano wave has taken over by full force. The charts in almost all music platforms in the country have a majority of Amapiano songs in them. Which is a positive thing and a step in the right direction. But this, for some people, dims the light on other musicians who are not doing Amapiano.

To say DJ Tira is no longer relevant might be a bit of a stretch seeing how he continuously introduces new talent.

On Twitter,a few people believe Tira is not relevant. When a tweep decided to pit Tira against, DJ Maphorisa, Black Coffee and Kabza De Small, it did not end well for him.

Here is how people reacted in Tira’s defense:

@protymes: “You have 77 followers and you joined this app 2021 but you think you know who Tira is? Your whole family isn’t worth to tie his shoe laces.

@tnash_truce: “DJ Tira gave us Big Nuz, destruction boys, and Durban finest. Fact Durban rocks is still one of the biggest music festival. He could be the king of Gqom.

@Ration_Q: “Dj Tira must be deleted…the only thing he has ever created is tjikitjikita… and it’s boring

Slamming Tira, are people who feel he should go

@THATnhlanhla: “Has to be Tira for me…hardly know any of his good music currently.”

@TshepoTC11: “Obviously Tira that guy is useless and overhyped.”

DJ Tira recently celebrated 21 years in the music industry and that is a very long time for someone, and still be relevant.

He does receive a bit of hate on a regular basis on the app, as he is confused of promoting the vaccine in his own capacity. Makoya Bearings recently received his second dose of the Pfizer vaccine and documented the decision, He encouraged other people to do so and it did not end well for him.

At first he made a controversial statement about the vaccine, “Fact Durban Rocks December 2021. No vaccine card. No Entry.” he wrote. After receiving backlash, he then asked why are people scared of injections, “Why you so scared of umjovo.”

He finally grew tired and said people must bring proof that he is indeed influencing others to vaccinate. ‘If anyone can bring proof that I got paid for tweeting about the vaccine I will pay you R10, 000 plus all the money you say got as this is a “paid promo”. Sometimes in life you must just do what you think is right and forget about the noise”

On a more positive note, Makhadzi gave Tira his flowers after her fire performance in KwaZulu-Natal. “@djtira thanks for bringing me in kzn for the first time … KZN is now my new home the love I received yesterday is too much,” Makhadzi said in a short clip.