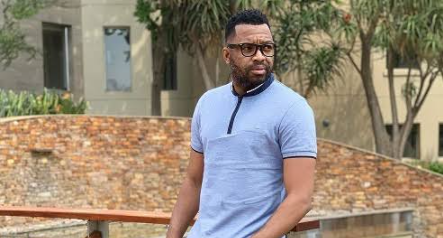 Mamelodi Sundowns beat Kaizer Chiefs 3-1 on penalties after both teams scored 2-2 during the regulation time and extra time.

Khune has since been dragged on social media, fans have also went as far as creating #KhuneChallenge.

Here are some of the reactions.

Taking to Twitter to react to the backlash, Khune reminded tweeps that he is one of the best goalkeepers Mzansi has had.

He posted his picture with a caption that read: “Make fun of him, he’s one of the GREATEST to grace your screens.”

And fans agreed, responding to Khune’s tweet, Luxolo wrote: “And you did grace our screens Grootman. South Africans will forever be grateful, but it’s time to give the Youngsters a chance.”

Mzanzi s number one you 1 of greatest goalkeepers in psl era rough patch doesn't defy you're south Africa best of all time ❤❤❤✌✌✌❤❤❤ pic.twitter.com/3T8rLl72D7

The team will be going head to head with TS galaxy this Sunday, 22 August, for the DStv Premiership opener.

Meanwhile, Kaizer Chiefs star Bernard Parker has acknowledged how the team has quickly warmed up to the new coach Stuart Baxtor.

He said: “I did not expect now that we’ve reshuffled and have quite a few new inclusions, that we would learn so fast and click so fast. It’s good that we are getting to gel this fast. With the Kaizer Chiefs that gave the champions a problem, I believe we can grow further and be tough to beat.

“There are a lot of signs that Amakhosi will be back soon in terms of the style of play and in terms of winning ways. It’s now up to us as players to keep our attitude and our game temperament levels up every time come match day,” said Parker on Kaizer Chiefs’ website.

Talking about the team’s performance on this past weekend game, Parker said: “The good thing is that after they got two goals, we kept our heads high. We kept soldiering on and motivating each other, knowing and believing we can come back. And we did play better afterwards. We started taking more risks in our build-up in terms of going forward and it worked out for us.

“We kept them on the back foot and implemented what we worked on, that we wanted to come out on the diagonals. When we found (Njabulo) Blom out on the diagonal, he put a brilliant cross in, where I ran into the near post, anticipating it well and the cross came in with such pace that I just guided it into the corner,”