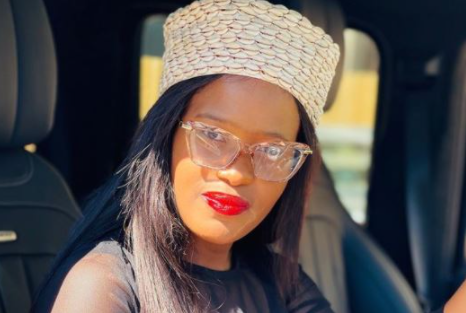 The trailer of the show that is returning to our screens in October was just released yesterday and there’s new and old faces.

Baba Ngwemabala released a statement back in May of this year stating that they have made the decision to not participate in any further productions of the show. They said their teachings will soon be available on a production that is aligned to their needs.

Ever since this, Drama has been following Baba Ngwemabala. In July she revealed that she wishes that her initiates had taken the legal route if they felt mistreated because right now they are being used for personal vendetta issues.

“If at all, I mistreated you as you mention with hard allegations, take me to court or ngibophiseni (get me arrested) otherwise going to to help people who wanna destroy me will not bring justice. It’s sad that my initiates dragged me here. Why didn’t you find someone else. It’s sad seeing you fall into these traps. Use the right channels”

It seems Gogo Ngwemabala is in a dispute with Gogo Maweni, who was also on the show and is returning for season 2.

Baba Ngwemabala decided to take legal action end of July against the people that have been damaging her reputation and name. She took to Instagram to say, “As I stand and finally voice out I’ve finally decided to sue everyone that’s making my life a living. I stand with the truth and all I want is justice. Prove allegations you’re attaching to my name and let me live my life. I demand for the damages made to me and my family @dr_maweni @sakhileproductions_sa”

This was followed by a statement from Baba Ngwemabala on August 1st where she thanked those that have been in her corner and supporting her.

In the statement she said, “my image has been dragged through the mud by people whose intentions I cannot understand and known to them. My role has always been to help the people that come to me for guidance and healing ngokwedlozi”

Read the rest of the statement below: 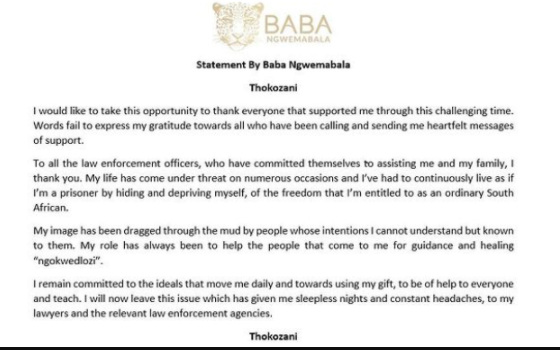 Well now there’s been reports that Baba Ngwemabala has been arrested for fraud. According to an Instagram news source, maphephandaba, Baba Ngwemabala was said to have been practicing as a traditional healer without a certificate from the Traditional Health Organisation (THO).

“Also it is alleged that she does not Qualify to be a certified traditional healer as she did not undergo training with the organisation. Allegedly defrauding initiates of their moneys. It was confirmed that many cases were opened by initiates wanting their money’s back”

Baba Ngwemabala appeared at the Protea Magistrate court this court and she paid R29 000 to the initiates and the charges were dropped.

People are however stating that the Prudence is being framed by people threatened by her success. These were some of the reactions:

“Now you need a certificate?😂 one thing about that woman is that she is gifted, she is being framed!”

‘Mxm, someone is just after her, you don’t need training to help people and also how many more do we have in SS without THO”

“This is Rubbish!! I now need to register umsebenzi weDlozi lami??? Amasimba lawo! Im a healer as well and definitely not following lombhedo wenu waseMhlabeni! I was never initiated as well! When I did go things went South for me ngashiya phakathi!! Naze nahlanya eSouth Africa!”