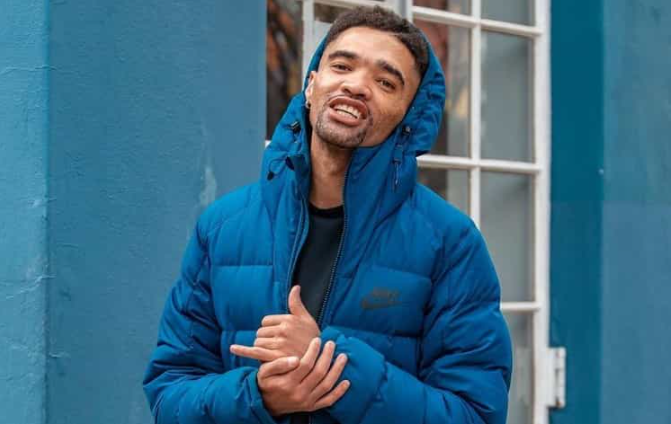 Actor Jerome Du Plooy has received wide praises following his appearance in SABC 1’s popular drama Skeem Saam. Du Plooy played a gangster who, along with his members, invaded Café Rovuwa and shot up the whole place. He also shot Fanie and Chef Kgosi, which as entertaining as it was, did not sit well with Skeem Saam fans. Many are worried about Fanie’s future in the drama as the chances are very high that his character has been killed off.

Reflecting on his short stint in the show, Jerome apologised to Kea Leburu who portrays Bontle. He said that he was simply fulfilling the orders he was given by Lehasa.

“Die Poppe dans
@cedric_a_fourie made the call to me, I brought my laaities quick and we put @thee_gifted_1 out of his misery quick there by the @skeemsaam10 #skeemsaam
Bontle @kea_leburu didn’t mean to shout like that but you made noise man”

Cedric Fourie’s Lehasa has also come under fire from fans as he instigated the whole thing. Even more, he injected Fanie’s drip with poison to end his life.
Speaking about Cedric, his grandmother’s cousin recently turned 101-years-old. The actor marked the special day on social media. He feels blessed to have both her and his grandmother in his life.

“Meet grandma Betty on my right (my grandmother’s cousin). She’s 101 years of age. Spent some quality time with my grandmothers and man do I feel so blessed to have my own guardian angels still walking alongside me physically. Yes, we flex differently in my family,” said the heartthrob.

Congratulations to Fourie who has just bagged a major qualification. He took to social media to announce that he is now a UCT Graduate. He shared pictures from his graduation.

Fourie recently moved to the city of Durban in KZN for a new role that will see him save many lives. He has bagged a role on E.tv’s Durban Gen as a surgeon. TV Plus announced the news on Twitter, “Cedric Fourie joins @DurbanGen_etv from Mon 12 July. Your eyes aren’t deceiving you: Cedric is playing Dr Mthembu, a persistent, charming and arrogant surgeon who never shies away from a challenge…and it’s going to include Zondo”

Phil Mphela revealed that Cedric will be a skilled surgeon who walks into Durban General – bringing mystery and intrigue to the wards. Durban Gen has received mixed reactions from the public. Some have criticized it for its little research when coming to the medical fraternity.