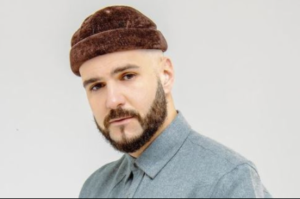 Micasa’s frontman J’Something and chef is making great strides when it comes to the kitchen and we are here for it.

J’ Something took to Instagram to announce that this weekend My Kitchen Rules South Africa (MKRSA) season 3 will begin filming.

He said, “It’s ALL happening! This weekend we go into a production bubble and begin filming season 3 of MY KITCHEN RULES SOUTH AFRICA! I can’t even BEGIN to tell you how exited I am! I think this show is going to bring so much more than entertainment and drama…

“I hope it brings people together in their homes and using the gift that is food and friendship we able to give many South Africans a reason to laugh, smile, and cook!

In an Instagram live last night at 8:30pm, J’Something had a chat with his co- host/judge on MKRSA David Higgs and the Director of Photography for #MKRSA season 3 Donovon Thorne.

David said that when they both got the call they were so surprised that they were even considered for MKRSA.

David also said that coming from the period we are coming out of, everybody’s cooking skills are couple of levels up because people have been spending a lot time home cooking and experimenting about food.

J’Something said they have a good idea of how the episodes will be structured.

“The show is gonna start off in the traditional form of we do these instant restaurants and instead of going to people’s houses, we will be in this production bubble, out in the credo so people set up their own instant restaurants and its gonna be something different but we literally do 10 of those and then there’s three episodes to get to the winner and those last three episodes are gonna be killer”

J’Something also said that most of the people that are entering have this big dream of opening a restaurant and being a chef because they love cooking which is beautiful.

J also opened up about what season 1 and 2 of MKR meant to him.

“I think that like when it was season 1, when we started this thing and we went on this new journey, I was so uncertain, I was excited because I love entertaining people and I love food, I love being able to do what I love…but there was a lot of uncertainty…I did feel that in the season 1 it was like ‘…they have paired me with this guy who is like a top chef and I am like this home cook who is a musician and I felt a lot of pressure interms of ‘what am I gonna say, am I gonna know what to say and how am I gonna feel so that was like a big one for me…

David agreed with J and said that MKR is the purest form of television, obviously they edit for Drama but everything people see is what they also see as judges.

J said they have an idea who the contestants will be but they have never met any of them, “We have been given profiles of these are the couples and we have been literally given just a ten minute break down of who they are”

David did however state that the judges have no hand in who makes it as a contestant and they are chosen by the production.

Here is the official trailer of the third season of MKRSA:

MKRSA will premiere on MNET on September 19th.