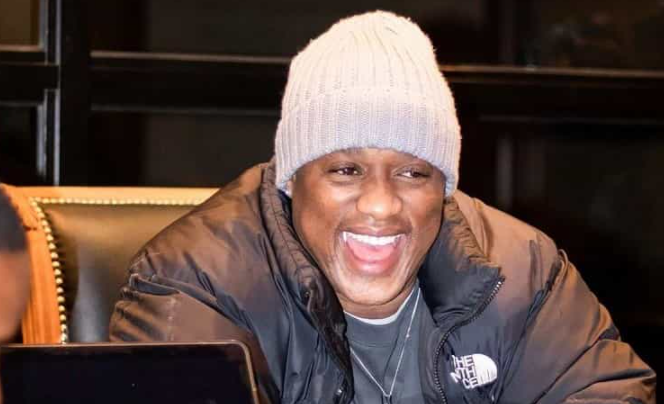 Uyajola 9/9 has been hailed for it’s gripping drama and cheating scandals which often have comedic elements to it. The reality show, which is a Cheaters spinoff always tops the trends list on Sundays and Mondays, but last night’s episode takes the crown.

In a first of it’s kind episode, Jub Jub was faced with a hardworking man by the name of Nhlakanipho, who had been in a relationship with a woman for only 3 months, but suspicions of cheating started arising. When trying to confront the woman, the man she had been cheating with dropped down on one knee and proposed. They walked away hand in hand, leaving Jub Jub and Nhlakanipho perplexed.

What made viewers sympathise with Nhlakanipho was the fact that he was willing to fix the relationship problems they had been experiencing, even if she was cheating or not. Saying he missed his woman’s attention as he works night shifts.

Nhlakanipho Misses his girlfriend's attention this week's episode of #Uyajola99 , He wants to fix his relationship and make her happy again and wants clarity on whether she is seeing someone else. This Sunday at 21:00 #uyajola99 pic.twitter.com/SVRMpcgZ4y

The second episode as the reality show is a double bill, was from a man named Lungelo who gave viewers the most entertaining episode of their lives. It was the mans choice of words which ruffled viewers because of the discriminatory undertones. He said he was tired of men from Umgungundlovu, KwaZulu-Natal who sleep around with other men just for pleasure, and they end up breaking their hearts.

Of course the allegations that Uyajola 9/9 is scripted resurfaced and people were not convinced that it was pure reality. They felt as though it is staged and not authentic.

#Uyajola99 Lungelo is tired of being a doormat, he wants his boyfriend to be open and honest with their relationship. This Sunday at 21:30 pic.twitter.com/NcmYTp9ldu

Last year, a side chick which viewers nicknamed Blondie said Uyajola producers paid her R1000 to become a side chick. Nontuthuko Gumede spoke to Isolezwe saying her family disciplined her after she appeared on the show acting the way she did.

“We shot the scenes at the man’s home and his girlfriend does not suspect him of cheating. I was paid R1000 but the couple was paid R2000 so they could also act out the whole thing and not say a word to anybody.

“Even the condoms were placed by me because I was instructed by the producers to do anything I can to make the episode seem real. I continued acting the whole scene out because I was promised a large sum of money, little did I know, I was going to be given a mere R1000. As it is, my family and I do not get along as they do not believe me when I say I was just acting and I was paid,” said Nontuthuko.

Last week, Jub Jub was confronted by a polygamist who saw no fault with having more girlfriends, “Brother let me explain to you. We are Zulu Men. We flirt with women and we also take more than one wife.” He said to the host in part