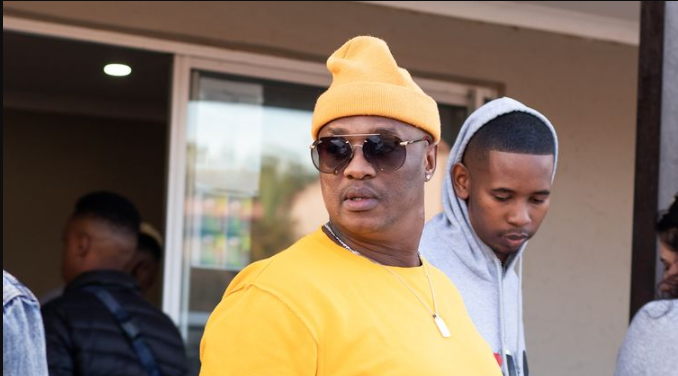 Viewers are not happy with the way Jub Jub has been treating people on his show Uyajoa 99, which exposes people who cheat in relationships. The episode which aired this past Sunday has rubbed Mzansi the wrong way.

Tweeps are not happy with the way Jub Jub and his crew invaded the woman’s privacy and how he spoke to her. Some people have found it very disturbing that the woman in the episode was filmed while she was half-dressed and Jub Jub didn’t have the decency to look away. The woman even had to cover herself up with a blanket.

I am soo disturbed by what I saw on #Uyajola99. Jub Jub putting on camera a naked girl and pokes fun at her. The price of not knowing your rights.😰as we close women's month

What if you dont want people seeing the inside of your house. Now Jub Jub comes with the entire South Africa watching #uyajola99 pic.twitter.com/rzm1ZzaUmG

Jub Jub is no stranger to drama. Not so long ago he was involved in a social media spat with radio and television personality Lerato Kganyago. Kganyago was responding to Molemo’s post and said that his generalisations can be problematic.

“I’m an artist and I’m saying your generalisation is problematic. Some of us have been speaking you are sending out the wrong message my brother with all due respect. Some of us are just as frustrated, ben upset for many just in case you think the looting by government started 4 months ago.” She said.

Jub wasn’t going to let LKG’s words slide and told her that she is entitled to her own opinions. “This is what bores me…who appointed you as the minister of the right messages of SA? With all due respect, you are entitled to your own opinion, AS I AM TO MINE. We shouldn’t be sitting here debating. The country is burning, the poor have been disenfranchised for too long in this country and it’s easy for someone to say violence this, violence that when they don’t know their day to day pain.”

He added that he was addressing privileged people who think that they are in a position to talk about the poor. “I’m not here to talk politics nama Guptas that I don’t know of, I am talking about people who think they have the right to judge the poor based on their position of privilege. Nobody is saying looting and the destruction of property is right. The wrongness of it goes without saying. What I was talking to is a response of the clever blacks to the plight of the poor in this country. If you do not fall within that spectrum then this live did not apply to you.” Said the musician in part.