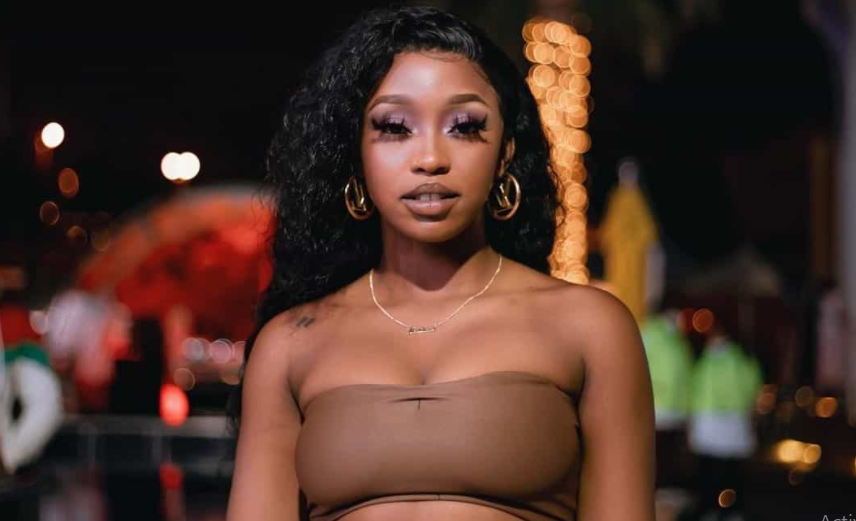 South African dancer and Amapiano vocalist Kamo Mphela has finally dished on Drake, who was rumoured to be having a crush on her. Mphela took to tweet the following about the Canadian superstar. “I need to speak to drake at this point because wow,” she posted.

I need to speak to drake at this point because wow 😭😂.

We’re not sure if this tweet has to do with what Cassper said on the Banques and Venom show or maybe it has to do with the success she has been getting lately. Mphela has been killing multiple shows in the United Kingdom. To many people’s surprise, the crowd was singing and dancing along to her lyrics. Amapiano is really big right now. Some tweeps said that if South Africans are not careful we will lose our stars. So maybe Kamo might be implying that she is at a level where she can work with Drake now.

When Casper was on the Venom and Banques show, he said that Drake and Tory Lanez are probably lusting after Kamo Mphela on social media.

“I was even talking to Kamo Mphela the other day I said ‘You sleeping on yourself, do you know who you are?’ I’m like ‘Do you know that Drake and Tory Lanez talk to each other and say “I wanna f*** this girl?” Like I’m telling you.’ Right now the American rappers are probably looking at Kamo Mphela and are like ‘yooohh,” he said.

He revealed that Tory Lanez follows Kamo Mphela on social media and said that a lot of South African musicians do not realise their worth. He advises Kamo not to take herself for granted.

Luckily for Kamo, she is very calculated and knows what she would like to get out of the music industry. In an interview with Mac G in 2020, she said that she is aware that fame doesn’t last forever so she is smart about it.

“The fame doesn’t last that long so you have to make the most of it while you still have time. That’s what people don’t understand. It’s not a lifetime thing unless you are legendary,” she said.

Viewers Are Not Happy With Scandal Writers