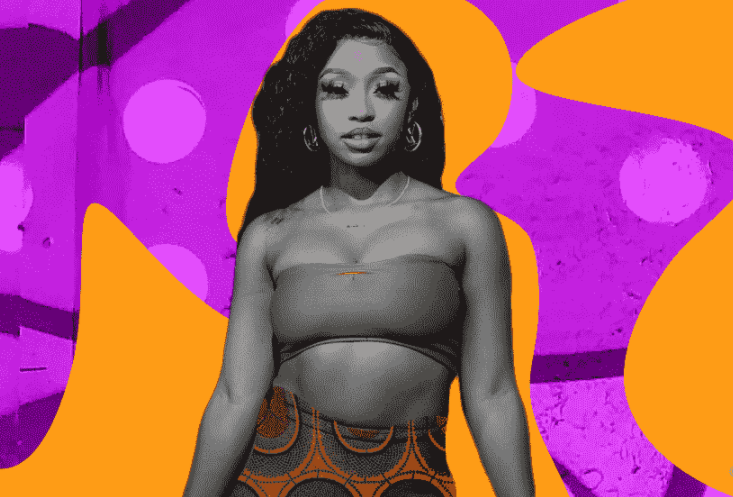 There is definitely a new sheriff in town and her name is Uncle Waffles. Just one video of her rocking her set gained her instant fame and a follow from rapper Drake. But now, the attention had slightly been diverted to Kamo Mphela who is accused of being jealous of Ms. Waffles, because her name was associated with the American rapper first.

Uncle Waffles has become and instant celebrity who got mad bookings after that video of her performing her fire set. She popularized Kabza De Small’s Adiwele even more, before it’s release date – whenever that is – approached.

She got pitted against her fellow uncle, Uncle Vinny, with people saying who is the better uncle between the two. But tweeps asked for trolls to sit this one out as they are both different in their own ways.

Kamo was left wondering why would she struggle to breath, then the troll responded and said Drake should have followed her first. But Kami clapped back hard.

Lol so just because another dope female got the follow now I can’t breathe y’all need to stop reaching https://t.co/9tjzKZE1Zf

This whole idea of Kamo Mphela and Drake came from Cassper Nyovest who said in an interview with YFM’s Banques and Venom for their YouTube series, The Banques And Venom Show, Drake and Tory Lanez probably look at Kamo on social media and say to themselves, “I wanna f**k this girl.”

He also revealed that Tory follows Kamo on Instagram, “I was even talking to Kamo Mphela the other day I said ‘You sleeping on yourself, do you know who you are?’ I’m like ‘Do you know that Drake and Tory Lanez talk to each other and say “I wanna f*** this girl?” Like I’m telling you.’ Right now the American rappers are probably looking at Kamo Mphela and are like ‘yooohh,” said Cassper.

Cassper was only looking out for another artist and was trying to emphasize on the influence South African artists have on the world, reiterating that the world is watching. He advised Kamo to not sleep on herself an realise how great of a star she really is.

In an interview with Mac G, Kamo Mphela said she wants to make the most out of her fame because it doesn’t last very long. “The fame doesn’t last that long so you have to make the most of it while you still have time. That’s what people don’t understand. It’s not a lifetime thing unless you are legendary.” She said.

“I Call Her A Miracle Baby”