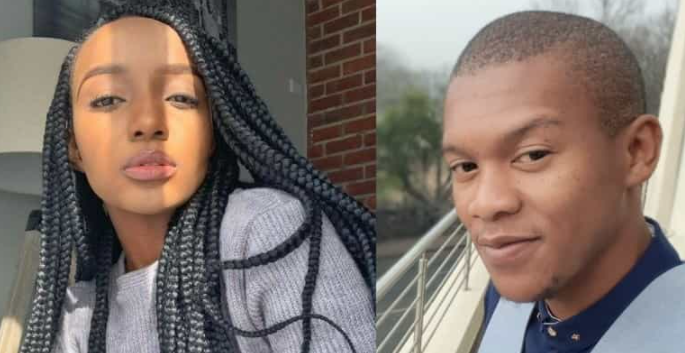 One never really knows what to expect on SABC 1’s educational drama Skeem Saam. It appears a new relationship is brewing between Glenda Mogotsi and Katlego Peterson. They two have been spending quite a bit of time together lately and the fans have noticed a bit of spark between the two. We’re not sure if they’re seeing it yet.

This might badly affect the brotherhood between Kat and Kwaito seeing that Glenda is Kwaito’s ex. Zamo was entangled in a love triangle between Glenda and Elizabeth Thobakgale. Following the stunt Glenda pulled to get Lizzy fired from Turf hospital, Kwaito saw her for what she really is and decided that he will be going for Lizzy. Sadly, for him, it appears that Elizabeth has moved on. With her life.

What will also complicate this relationship is the fact that Kat dated Kwaito’s younger sister Pretty while he was in a relationship with Glenda so they have a bit of history. She is more of a bigger sister to his ex. This will definitely not sit well with Pretty who has been trying to win Kat back.

Mmapisti is also not very fond of her as she’s been trying to get rid of her from her apartment. This might affect their relationship but only time will tell.
Glenda is played by talented actress and businesswoman Nozi Langa. She got engaged in May this year and showed off her stunning ring on social media. The star has also been hard at work on her summer body and sharing the journey with her followers.

“This summer body won’t cook itself!” She posted. “My personal trainer and I are impatiently waiting on summer so we can show off! I appreciate your patience mama Motshidi Mint. Hot girl summer here we come! Don’t get left behind! I hope you are putting in the effort for your body goals.

Another Skeem Saam star trying to get their summer body is none other than Clement Maosa. He opened up about it during a live video with actress Pasi Koetle.

“Kenale bothata. My problem is that since the beginning of winter I’ve been saying that I want to the gym to get a six-pack but I realize that it is already halfway into autumn and I still haven’t gotten my six-pack,” said Clement.

Pasi told him to draw the abs and they will draw nearer to him. “I always tell my clients that when you want something and you are not able to do it the time that you need to do it, draw it. I tell this to my client all the time.”