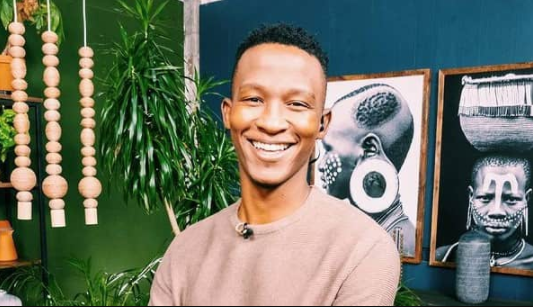 Disgraced TV personality Katlego Maboe is feeling very nostalgic lately ever since resuming his social media activity. The presenter and musician is trying to rebuild his life after those damning allegations were made against him by his ex-girlfriend.

Since resuming his social media activities, Katlego Maboe has been posting nothing but positive content and bible verses. But recently we got to know a bit of what’s in his mind and it looks like the presenter wants to change his life. He was reminiscing on the good old days when he was still working with the SABC on their morning Espresso.

Katlego bought nothing but good vibes on the show and not only was he presenting but he also serenaded viewers with his amazing performances. On his IG stories, an artist posted a clip of them performing and said it was one of his happiest moments. Katlego agreed and said, “what a moment indeed.” The performance was from March last year.

In his next slide, Katlego seems to be in studio and he wrote “rebuilding,” which alludes that he is picking himself up and dusting everything off. 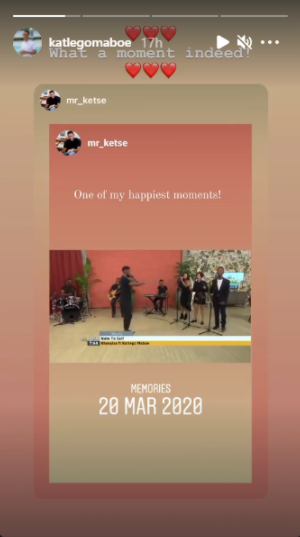 He is also working on rebuilding his image as well and the one way to do that is by wiping it clean. That includes retraction statements from the people he believes ruined it from him.

Owing him an apology and R1 million each is his ex-girlfriend and baby mama Monique Muller, her brother Seth Muller, a non-profit organisation called Women For Change which deals with gender-based violence victims and the SA Film and Television Awards (Safta) which withdrew his nomination at the last minute, claiming to have received pressure from people to mute him.

WFC alleged that Katlego assaulted 3 more women, “Katlego Maboe’s ex-girlfriend Monique had obtained a protection order against him which he allegedly breached. It’s alleged that three women have opened a case of sexual assault against Katlego. Let’s keep men accountable for their actions. #believeher”

He demands that they all apologise and retract saying he suffered “psychological and reputational damage.” This according to Netwerk 24.

Cancel culture is very much real but social media argues that it only applies to a select few.

One of the people Mzansi wants mutes is Mampintsha, Babes Wodumo’s husband. He was accused of abusing Babes and the whole world witnesses that on Instagram Live. He has since apologised on their reality show but that was not enough.

Prince Kaybee and Shimora worked on a song together called As’trende. But have you wondered why you never heard the song on the radio? Well Prince Kaybee revealed that radio stations did not want to play their song because people sent e-mails to mute Mampintsha.

Kelly Khumalo And Somizi Get Botox