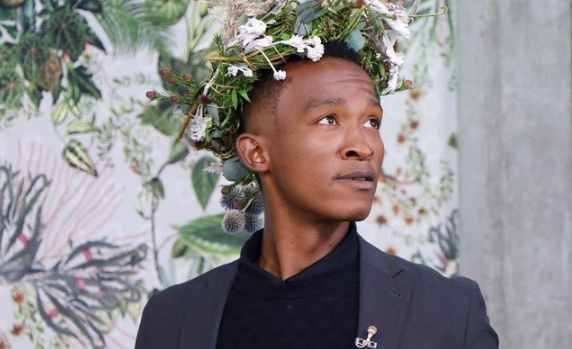 Katlego Maboe is trying to retrieve his good reputation – at least what’s left of it- after it was allegedly tarnished by his ex-girlfriend Monique Muller. An agitated Monique made numerous damning claims against Katlego Maboe including ones of infidelity which apparently left her with a womb eating infection.

Reports by Netwerk 24 suggest that the former Espresso presenter Katlego Maboe is in the process of suing four parties who allegedly played a role in tarnishing his image and ruining his life. These four parties received lawyer letters from him nd they include Monique, her brother Seth Muller, a non-profit organisation called Women For Change which caters for gender-based violence victims and the SA Film and Television Awards (Safta) which withdrew his nomination at the last minute. He demands that they all retract their statements made and apologise to him, as he apparently suffered “psychological and reputational damage.”

“If they don’t pay the R4 million, he will start official damage claims against them. He is claiming loss of income, psychological damage, and damage to his reputation,” reported the publication.

But how did the SAFTAS land on his bad books well, the SAFTA’s judging chairperson Janet Van Eeden told eNCA that an NGO and other organisations pressured them into removing Katlego from the list.

‘Woman For Change’ at the time revealed that three other women opened a sexual assault case against Katlego.

“Katlego Maboe’s ex-girlfriend Monique had obtained a protection order against him which he allegedly breached. It’s alleged that three women have opened a case of sexual assault against Katlego. Let’s keep men accountable for their actions. #believeher”

Monique’s brother accused Katlego of abuse but he has since told TshisaLive that Katlego will not be receiving an apology, neither will he be getting a cent from the million he is demanding. He is even prepared to fight Katlego in court should things escalate further.

“I didn’t read the whole thing. I’m not even interested in what he’s saying. I showed it to my lawyer and he was also not too bothered by it. The letter says he wants me to apologise and to retract my statement but he’s not gonna get either out of me ever.”

“They are threatening me with a lawsuit. I’m not going to retract or apologise for anything. I didn’t do anything wrong so we can take it to court and sort it out in court.”

Monique on the other has not received the letter and her brother reckons that they probably sent it to the wrong email address.

Katlego admitted to cheating but not to the abuse allegations. “I was unfaithful to my partner during a very important time of our lives – an act I regret to this day. We are currently undergoing an unfortunate and painful separation which is being resolved through legal proceedings. As you can imagine, separations are quite a difficult thing to deal with, especially with a child involved,” his statement reads.