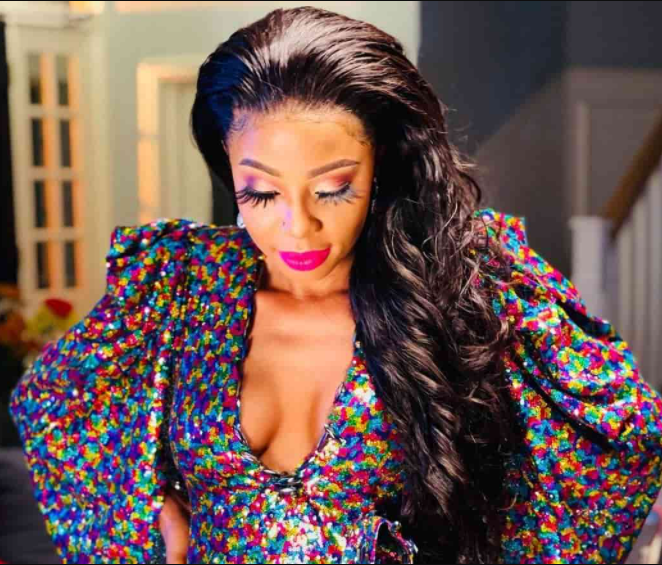 On Mac G’s recent podcast episode, he had seasoned sports broadcaster Robert Marawa as his celebrity guest. The two shared a lot of laughs whilst talking about some serious issues.

They discussed a range of topics including his career, work at SABC, his love life and relationship with Pearl Thusi. One of the topics of discussion was the art of interviewing and they discussed some of their best and worst interviews.

Robert discussed his best interview and said it had to be the one he did with Nelson Mandela. As a sports presenters bringing on a political heavyweight Nelson Mandela, it was a very big deal for him. “He was a fascinating interview.”

They then discussed bad interviews and Robert sighed and said that would need another episode. For Mac G it was very easy and he said Kelly Khumalo because she did not give him anything as she only spoke about God.

“Mine is Kelly Khumalo…there was nothing everything was God, God, God,” he joked. He even said he asked her about Senzo Meyiwa but she kept on talking about God.

He then said after getting fired, the people who were hired after him were just not cutting it. So the CEO asked for him to come back. But he refused.

Robert made headlines a few weeks back when he leaked audio clips of how Bloemfontein Celtics were sold to MamMkhize’s Royal AM.

Another highlight of the interview, apart from his kind nature was what he said about Pearl Thusi, his ex-girlfriend and how they are still in talking terms. Speaking about how they met he said ,”She tells me a different story but my memory vs her memory is different. It was, you know these Polo events, it was just the end of the polo [event], she was driving a polo, and we had parked far…and we were just walking and she was driving, then kind of stopped, and offered me a lift, but I said no don’t worry about that.”

Pearl was also a guest on Mac G’s show and he asked her about Robert and he responded by saying, “Robert and I had a great relationship, things did not work out for reasons we rather not talk about. That wasn’t our intentions but that’s what happened. You need to know when to leave situations no matter how much you want to stay. When something is not good for you, don’t stay in it, learn from it and move on,” she said