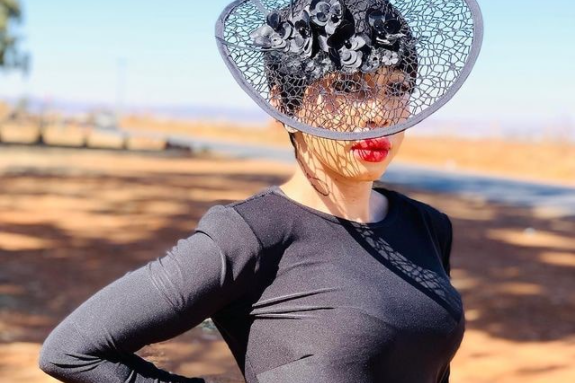 Kelly Khumalo is not one to be messed with. The songstress and reality TV star has made it clear that if anybody has a problem with what she posts or supports, then they should simply unfollow, block, jump in the ocean or better yet hit her up with your location so y’all can sort it out physically.

Taking to Instagram in her famous foreign accent, which sounds Russian, Kelly warned her trolls to either stop engaging with her or simply suck it up. The Stand Up South Africa judge said she noticed how the flies disagreed with her sentiments after posting something on her social media.

Basically Kelly said she does not need anyone’s support, and that if one disagrees with her views, they should do so with respect.

“I like what I like, I feel what I feel, so if you’re going to disagree with disrespect I suggest you don’t follow me or you don’t talk to me. And if you have a problem this is very simple, jump in the f**ken ocean or you can call me and drop your location and we can sort this thing out,” she warned.

Kelly always advises people who do not like her to just do the noble thing of unfollowing her and stop supporting her music. The last time she did this was when Christians came at her side ways and judged the way she lives her life. Many thought Kelly has turned to Gospel music after a few successful Gospel songs. She told people that the very same God they reckon does not support her lifestyle, blesses her on a daily basis.

“Those of you who call yourselves Christians, stop! Because you don’t even know what you go to church for. ‘Our God, Our God’, Gha! Sies! The very same God you’re talking about is the one that blesses me on a daily basis because he knows exactly who I am. I don’t try and put up a front,” she said.

“I’m no gospel artist and I don’t wish to be. I’m perfect as I am. If you have a problem as a fan it is very simple, f*** unfollow. It is that simple!” she exclaimed.

Kelly might be in search for a husband but he needs to be rich and also willing to spend the money with her. “If I ask you that I want this, don’t be stingy, just be generous with your money,” she advised in an IG video.

The video was meant to show her future husband that she gets whatever she wants as her “dad” is giving her money. She expects the same treatment from future husband.

Another star to tell trolls to keep their support if it means they have to go to extreme lengths is Somizi Mhlongo. This was for a different situation though as Somgaga told people that looting is not the answer. This after the unrest which occurred earlier this year which was believed to have been initiated by Jacob Zuma supporters after he was imprisoned. “If this is how you show support, ai keep it man, keep it!”