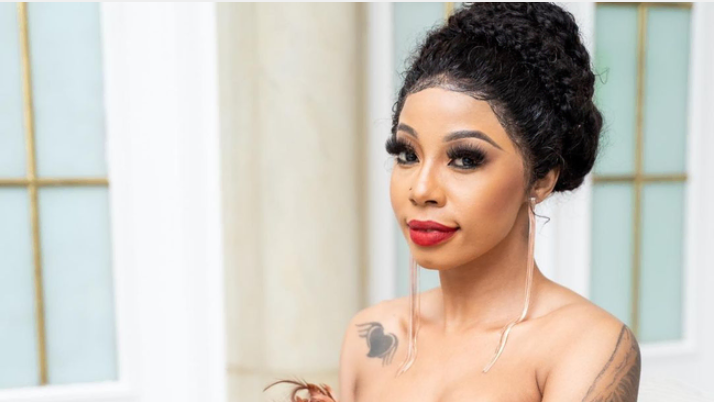 Award-winning singer and reality TV star Kelly Khumalo spoke out against the ongoing criminal activities that are threatening to halt the country’s economy.

In the video clip that she shared on Instagram, the star addressed the ongoing violent protests and looting that were allegedly sparked by the call to free former president Jacob Zuma, who is currently serving 15 months in prison.

Khumalo joined a handful of local celebrities who have condemned these criminal acts that gripped KwaZulu-Natal, Gauteng, and Mpumalanga.

“I know it’s very hard to be rational when you are frustrated and feel defeated. I hope we understand that, in the end, we are the ones to continue to suffer. Looting and vandalising property is not the solution,” says Khumalo.

While Khumalo was strongly condemning the violence that is spreading in most black townships, she also criticised Ramaphosa for failing to “own up to his contribution” to the current state of the nation.

Reflecting on Ramaphosa’s address on Monday, about the unlawfulness that’s dominating the country now, Khumalo said: “The President, your guys’ President spoke and I heard nothin g… He called for peace and yet he is not owning up to his contribution to this disaster … ”

She also stated that things will only improve once the leadership of the country start taking caring for the people that have put them in power.

“Listen to me carefully, I’m not condoning what is happening now but, honestly, can you blame people for doing what they are doing?

“People have been patient and cooperative for the past 18 to 22 months of lockdown, with no jobs, no food … ”

“I wish I could say there is a solution to this but there isn’t from our end, until this country is led by people who are for the people.”

Watch the full video below:

On Monday, “Idols SA” judge Somizi Mhlongo-Motaung labelled South Africans as a disgraceful nation, after the violent incidents erupted over the weekend.

Taking to Instagram on Monday, the Metro FM presenter called out criminals who are fronting as Jacob Zuma protesters.

The star also condemned the “barbaric” acts of violence.

“Who is going to suffer … This is self-inflicted poverty and we are sitting comfortably in our own homes watching … When some of us might survive all of this, the majority are going to suffer,” says Somizi.

He adds: “We need to do something. What’s happening now is utter rubbish … Let call it what is it … it’s barbaric, even animals don’t behave as we do right now.”