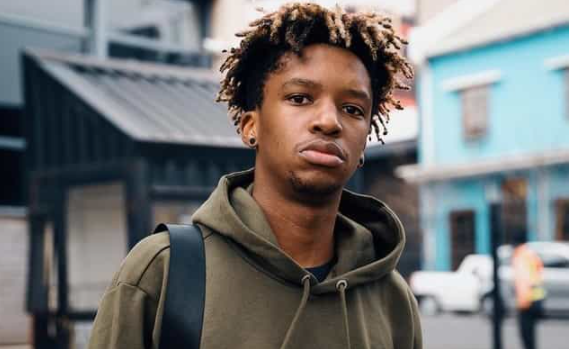 According to Daily Sun, Khanya Hadebe, who passed away alongside Mpura, Thando Thot and Killer Kau while travelling to a gig in Rustenburg a week earlier. The Amapiano youngsters’ vehicle collided with another vehicle which also claimed the driver’s life.

Uncle Vinny was one of Khanya’s friends that spoke at his funeral. He said that Hadebe taught him how to be confident.

“It’s very unbearable to think that all the dreams and the ideas you had and were about to launch to change the game. Personally, you taught me to be very confident and never allow anyone to bring me down. I remember my first gig. You were so proud of me. You told me it was only the start and indeed, it was the start,” Uncle Vinny was quoted by Daily Sun.

Amapiano Vocalist Lady Du was one of the few stars to open up about the passing of her friends.

“I don’t think I wanted to even do this, but I feel like I want to do it There are things that I think a lot of people need to understand and that is we are not celebrities when we lose our brothers. We are not celebrities when we are in pain. Nobody can ever handle the pain of losing people that they care about. People that have helped them grow in every way possible.” She said on Instagram.

Sharing clips of them in the studio, she spoke about the love they shared amongst each other and playing the role of a big sister to them and added that she will never forget the role they played in her career.

“Something about building solid relationships in this industry, being a big sister to them was something I didn’t even think about. I made them so uncomfortable by sending I love you messages, but they’d always send it back. In this cruel world, we live in with so many toxic people, we created a family, we fought, we solved our issues, we’d swear at each other, but one thing I know, we really had a close bond, one I appreciated. I will never forget what you guys did for me ever.”

Lady Du also pleaded with the nation to keep praying in these times of uncertainty and reminded her followers to cherish the gift of life.

“Love as you’ve never loved before, live as if tomorrow is your last day. Pray every single day. Be nice to people, even when your mind tells you to be negative try to send love to people you don’t even like. Life is too short! This has hurt me but it has changed how I view life. REST IN POWER my dear friends.”