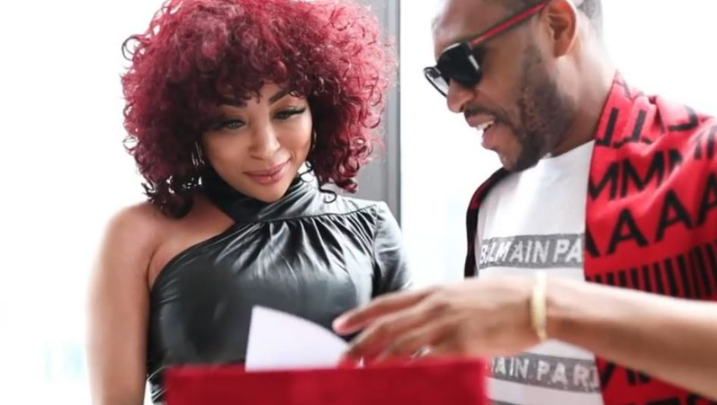 This entire week, Khanyi Mbau and Kudzai Mushonga’s relationship has been taking centre stage. After he declared that she went missing, her fans, friends and family went into panic mode but she later announced that she was safe and had landed back in Johannesburg.

Speculations and assumptions were made by the public, with some saying Kudzai did something to Khanyi which caused her to ditch him in Dubai. Others sympathised with Kudzai saying Khanyi was taking advantage of him.

But the Zimbabwean millionaire went on Instagram live to tell his side of the story and what exactly transpired between them. Kudzai Mushonga said he had promised Khanyi Mbau a life which is void of family members, and he referred to it as “we life.”

He said that he wanted to teach Khanyi how to make money and South Africa was limiting her. He referred to the country as “the dust.” He had plans of making them the King and Queen of Dubai and in doing so, started a company which made Khanyi the major shareholder. She came up with the name and had 51% of the shares, according to Mushonga.

Their problems apparently started when they had to travel from country to country and before they could enter Dubai, they had to quarantine for 14 days. A major hurdle they faced as it slowed down their plans. However they decided to use that time to their advantage and have their “WE life.”

To Khanyi’s dissappointment, Kudazai was too busy on his phone, sorting out his life and not giving her his full attention. He said after making a call which changed his life, he decided to play some music as a way to celebrate his victory. An angry Khanyi, who got woken up in her sleep decided to lash out at Kudzai who was left perplexed. Heated words were exchanged and he regrets everything he said to her.

That same morning, Khanyi had threatened to leave Kudzai in Dubai and return home, of which she did not go because Kudzai begged her to stay. They became all lovey dovey again and joked about their argument. The businessman continues to narrate his story by adding that they decided to go to the grocery store to get a few essentials. But when they had bought a few items, he realised how selfish he had been as he only bought stuff for himself and not for Khanyi.

He said the intention of his Live was to make men aware of how they could be neglecting their women. He apologised to Khanyi and to people who witnessed the events which took place. An emotional Kudzai tried to hold back his tears as he was telling his story, but towards the end broke down.

Mzansi however is not buying this story and wish for him to tell the truth. Others want Khanyi to also tell her side if the story and put this matter behind them.

Honestly speaking its no longer funny, that guy is hurt, I pray Khanyi forgives him 😪 he loves her 😣😪#khanyimbau

Ayi Khanyi is boss 11,8k views on a live a man apologises to her #khanyimbau pic.twitter.com/vVqIhcs9uR

Someone please check on Khanyi Mbau, I don’t trust guys that cry on camera

What this guy did to Khanyi is wrong, why project your dirty laundry to the public?

It’s fine shame Kganyi not her offspring!? That was just a sign of disrespect towards Khanyi.

Cry baby is back again on live talking about him and Khanyi pic.twitter.com/VxlnzKvmi8

Before the live, Kudzai apologised to khanyi for airing their relationship woes out to the public.

Meanwhile Khanyi reacted to Dr. Ian Ndlovu of Divine Kingdom TV who prophesised that she has a calling from God. “We must continue to pray for celebrities in South Africa. There is a certain young lady…I don’t know whether the term young lady would apply to her, but she’s a socialite. She has been involved with very prominent men in the past. The spirit of God sent me. I’ve seen her several times in the past in a vision. I wanted to speak about her some time last of last year – in 2019 – but the Holy Spirit told me not to talk about her yet. The spirit of God says I must speak about her now,” he said. 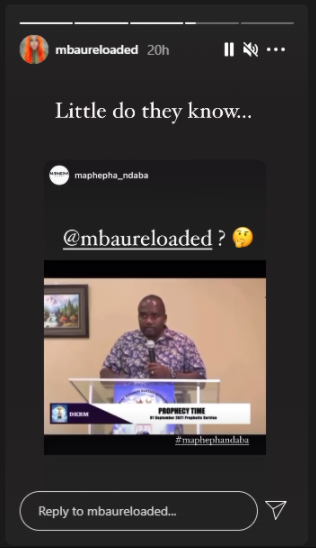