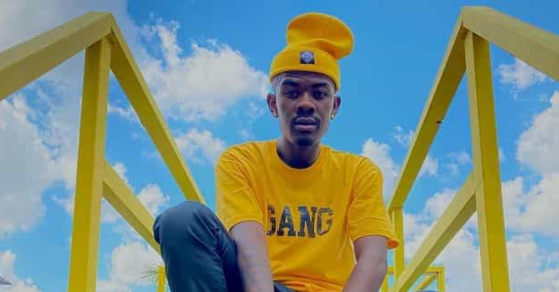 Amapiano star Killer Kau was laid to rest this past weekend following their tragic accident that claimed the lives of five other people.

Killer’s Uncle Remember Khumalo was one of the people to speak at his funeral. In his eulogy, he revealed that Killer Kau’s mother and brother also died from accidents and he thought that the cycle had been broken.

“I never thought I’d have to say rest in peace to Sakhile or one of my nieces or nephews. I thought they would have to say that to me.

“What hurts me the most is how Sakhile’s mother passed away. It was terrible. It happened again when his brother died in an accident. I thought they would try to break the cycle so it doesn’t happen again in the family. Today, we are seeing it again. Why it keeps happening in the family, I don’t know.” As quoted by Sowetan Live.

The mood throughout the country has been sombre since it was announced that Killer Kau, Mpura, Thado Thot, Khanya Hadebe and two other people had passed on following an accident on the N4. The Amapiano stars were on their way to a gig when their vehicle collided with another car.

A couple of days back, Killer’s girlfriend Olwethu Mkhwanazi opened up about the pain of losing a partner.

She put together an emotional tribute consisting of moments they shared. The music playing in the background was I Miss You, By Aaliyah.

There’s literally no greater pain, my heart has been ripped out of my chest. It didn’t have to be this soon kodwa Sakhii. I literally don’t have the words right
now but I love you my ACE!

Song: “I Miss you” by Aaliyah

Killer Kau and Mpura’s friend, Lady Du revealed that she has never felt so weak in her life.

“So when we lose people stop calling us and asking us what’s going on, stop asking what happened and just pray, learn to pray. Sibancane ukuth singashona kanje (we are too young to be dying like this,” she said.

The star added that it’s been difficult for her to cry in peace.

“You can’t even cry in peace. You have people calling you and asking what’s going on. No! Don’t do that. Pray for people. Artists are broken. We are broken as a nation. We are not united and it is days like this that we realize that life is too short. And we need to be there for one another. We need to stay strong in everything that we do and we need to pray for one another because we risk our lives to get to events to make people happy. Today we lost our brothers.”