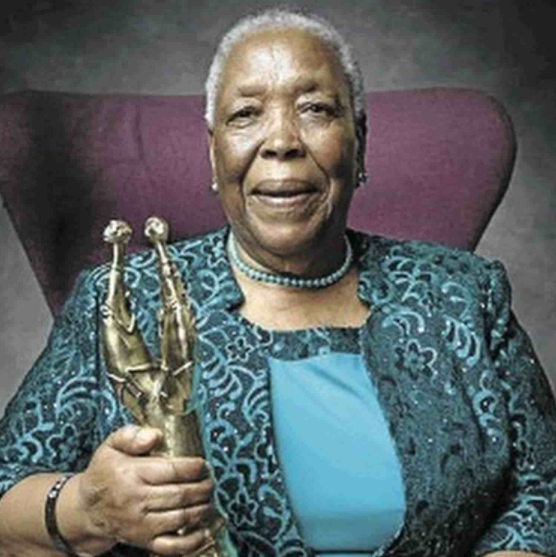 Death hoaxes have made many wish they appreciated the living legends now before it is too late. Just a few weeks ago, the country got hit by death hoaxes from two iconic personalities and that was a very traumatic experience for their close friends, family and fans.

The beloved Koko Mantsha from Skeem Saam played by Lydia Mokgokoloshi, was rumoured to have passed away. This caused a lot of unnecessary panic on social media and fans were furious at the people who started these false rumours.

A radio station by the name Mokopane FM SA wrote the death hoax on Facebook and they were dragged for it.

“Tweets and reports that Mme Lydia Mokgokoloshi has passed are FALSE. Nkoko Mantsha, as she is affectionately known to Skeem Saam fans, is alive. The FB page reporting this is NOT an SABC creates page,” wrote Phil Mphela on his social media pages.

Skeem Saam even confirmed that she is very much alive and well.

But according to Daily Sun, this unfortunate incident brought about positive outcomes. Limpopo Arts Movement has told the publication that they will be honouring the actress because in her 40 years of acting, she has never received such an honorary gesture.

They believe that she has done so much for the province so it is only befitting that they honour her.

Lydia, told Daily Sun that she is grateful for this gesture as she has never received it throughout her growing career. “I’m now 82 and I’ve never been honoured in any way. I’m, therefore, excited to finally be honoured in my home province. For me, this means my talent didn’t go to waste. I’m glad I’m finally being recognised for my contributions. I’m even more excited that this is happening while I’m still alive,” she told the publication.

Another death hoax was that of music legend Zola 7 who is battling chronic epilepsy. He slammed the death rumours but admitted that he is not doing very well.

“I’m not well and it is true that epilepsy is very hectic and you need to learn about it. I faint most of the times but I’m not dead, I’m alive,” he said in an interview with the Daily Sun.

“I have to take different kinds of medication to keep myself alive because it may kill me. It’s a disease but it’s also chronic, it won’t go away,” he said. “When I fall on the street, just put me up, make sure there’s nothing in my mouth that can choke me. Cross my feet. Don’t take off my clothes, don’t put water on me or anything.”

Speaking about his illness on Mac G’s Podcast and Chill a few months ago, Zola said his close family and friends were very worried about him.