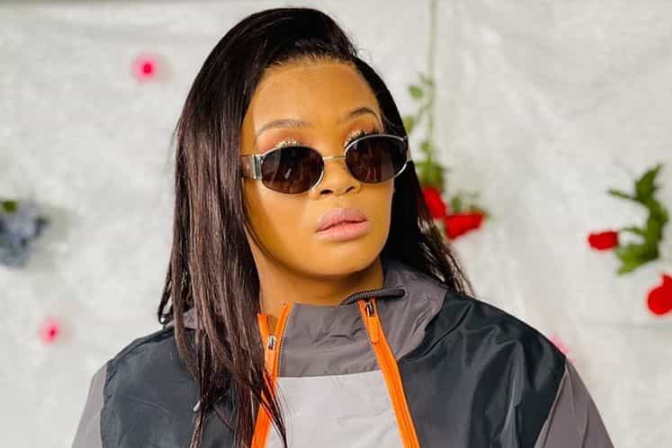 Lady Du is at the prime of her career and her future looks bright. The Amapiano vocalist recently shook the internet when she hinted at being the most educated artist we have in Mzansi.

The Idols SA guest judge says she has a whopping 19 qualifications under her belt and boy are we impressed. Lady Du is not just a musician as she has many other qualifications, all 19 of them, claiming that she is not to be messed with.

According to Lady Du on her Facebook page she wrote that she is more than what people know about her. She said she has worked with in the car, logistics and beauty industry. With qualifications from fire fighting, health and safety, anatomy and physiology.

Urging people to put some respect on her name Lady Du wrote, “I take everything I do serious, you can put me anywhere, I have 19 qualifications, I’m not just a musician!!!! NOT THE NORMAL ONE ke mina.”

Her followers on the blue app do not believe her and some have called her on her bluff.

Siya Sihle Siba: “I worked with Jay Z, Chris brown playing football with Cristiano Ronaldo and Messi. I have 7 diplomas. NOT THE NORMAL ONE ke mina.”

Temosho Thuto Sekgalah: “Those are short courses mos. Some do those in 2 days or a week then you get the certification.”

Sehwelang Phelady: “Then quit music and focus on your 19 other qualifications clearly it’s not working out.”

Sphe Sithole: “Temosho Thuto Sekgalah Well said, l have 22 qualifications some of them are jus for 2 days….You can manage to get 5 qualifications in a month.”

Indeed if her post is anything to go by, Lady Du is more than just a musician. Lady Du can also add Idols SA judge to her long list of qualifications as she was the first guest judge to replace Somizi. According to viewers, she was a good choice for the competition show.

We wonder where she got all the time to finish all those 19 qualifications when she started out in the music industry at the tender age of 9. Lady Du might be a Amapiano vocalist and DJ now, but she started off as a Hip Hop DJ.

We got to know her on the hit track Umsebenzi Wethu which is a song by Busta 929 and the late Mpura. Then she got in studio with other major artists such as DBN Gogo, Makhadzi, DJ Maphorisa, Kamo Mphela and many others.

She is also up for an award at this year’s inaugural Amapiano Awards.

During her friends memorial service, the late Mongezi Stuurman AKA Mpura, she spoke about how he would help her out financially so she can provide for her daughter. He also helped her get her career on track, “Mpura was the one person who gave me an opportunity when I was just sitting at the studio. When they were singing Umsebenzi Wethu, then he called me to the mic. At that time I was depressed, I wasn’t in a good space. I said to Mpura I can’t sing,” she said.