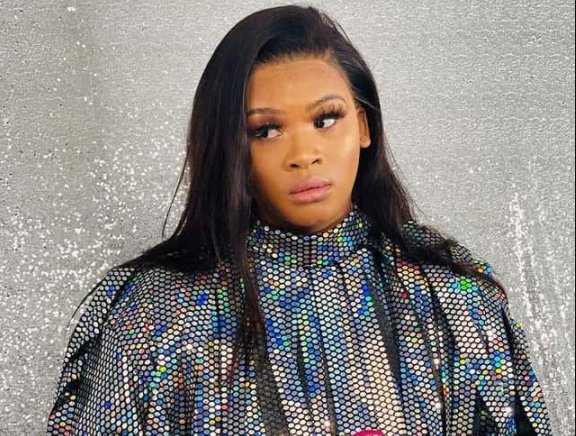 The funeral service of Amapiano star, Mongezi Mampurampura Stuurman, affectionately known as Mpura, took place today at the Protea South Hall, Soweto in Johannesburg. He was then taken place to his final resting place which is at the West Park Cemetery in Johannesburg.

Friends, family and industry mates gathered to celebrate the illustrious life of Mpura and say their final goodbyes.

Holding it down was his long time friend comedian and YouTuber Robot Boii who spoke about how he and Mpura go way back. “We shared similar stories because I knew him before when he was a fashion designer. It’s crazy because as we grew in the industry, he knew me before we go to where we are and he used to tell people that ‘I know Robot Boii, before Robot Boii’ and I think those are the memories we nee to keep holding on and keep sharing and keep smiling, and have positive thoughts about our brother,” he shared.

There after, his little brothers Lesego, Smanga and Kagiso spoke about Mpura and all the things he has done for them. Failing to hold back his tears, Kagiso spoke about how Mpura taught him how to ride the train, how to play soccer and also attended his soccer tournaments. He also advised him that if you love something, you will excel in it.

“I will make sure I pursue and make sure uMama uright,” he promised.

Riky Rick also went on the mic and spoke a few words about Mpura, “We have to have faith that Mongezi in a happy place. We have to faith that he is right next to Jesus right now, telling him the best bed time story ever.”

“He made you realise that life was meant for living. He would make you laugh when you really felt like crying, he would pick you up when you felt like the world was collapsing on top of you. When you had no more hope he would look you in the eyes and say don’t worry grootman, you’ll operate this one.”

Then his close friend Lady Du spoke some touching words about her late friend. She mentioned how it is a tough time in the industry as they had lost a very talented star. She also spoke about if a person wanted to know about Mpura and his life, they should listen to ‘Impilo yaseSandton.’

Lady Du also spoke about how Mpura would encourage her to pray and how he would call her at night just to vent to her about what he was going through.

“Mpura was the one person who gave me an opportunity when I was just sitting at the studio. When they were singing Umsebenzi Wethu, then he called me to the mic. At that time I was depressed, I wasn’t in a good space. I said to Mpura I can’t sing,” she said.

On Umsebenzi Wethu, Lady Du is not singing, but she is crying and when he noticed that she was emotional, he gave her money to take care of her child.

Watch the funeral service below:

Kelly Opens Up About Her Vaccine Experience