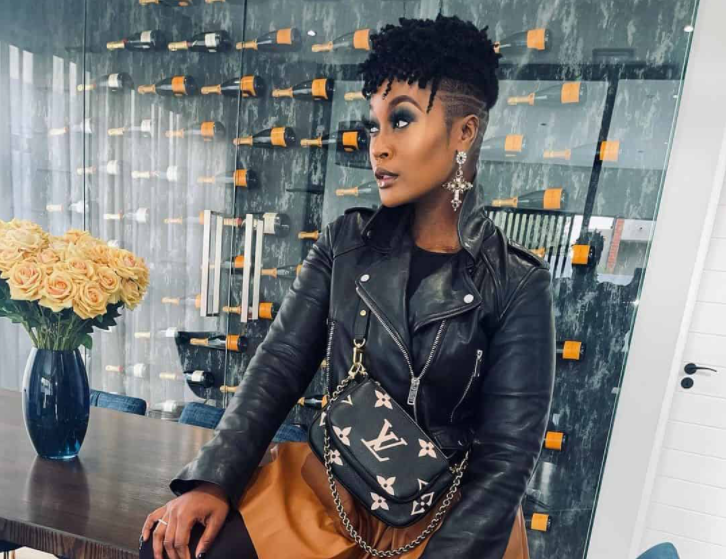 DJ and radio personality Lamiez Holworthy, is hot under the collar after an unpleasant encounter with hospital health care workers. The Live Amp presenter shared how she was seeking health care services but the staff at an unspecified hospital only wanted to take pictures with her.

As open and people orientated as Lamiez is, she expressed how she does not appreciate it when fans often over step their boundaries. Especially during unfavourable situations as she was in hospital and very sickly. Lamiez then put them on blast as they were ignoring the emergency she was going through only to ask for pictures with her.

Lamiez was angered by the lack of empathy shown by the workers who were her fans.

“Today was probably one of the most emotionally draining days that I’ve ever had to endure and having health workers so numb and so insensitive to whatever I was going through by asking for a picture at a hospital even made it worse. What happened to empathy? To reading the f**h room?”

She then mentions how celebrities are also human beings and they too get sick like everybody else. “We get sick, get hurt go through hell and don’t need or deserve to be treated like objects,” she stated.

“I’m actually upset. I couldn’t even go through my emotions like any normal person could. Instead I am being followed form one department to the next for a fuc**ng picture? By multiple people? At a hospital guys. A hospital where people are fighting for their lives and some die and lose their loved ones daily. You want a picture? Of someone clearly not okay?” she questioned.

“I am a people’s person and I genuinely appreciate those who show me love. I am however only human. I am human before anything else and it would be nice to treated with common courtesy and respect especially in such tough times. Am I supposed to wipe my tears and smile for your picture? Like screw what I’m going through right?” an emotional Lamiez wrote.

She then added a little bit of sarcasm, “guess that’s it – wipe your tears and get over whatever you’re going through because people want pictures right? My whole worl must stop because fans want pictures right? At a hospital? Ok I get it. I’m not human, I must get the hell over what’s upsetting me and pose right? Okay, Noted!”

Lamiez is no stranger to fans overstepping their boundaries and invading her space. A few months ago, she had fans putting their hands on her in places they were not supposed to. She was performing at a gig in North West where she got harassed by fans after her set. She was surrounded by her bodyguard’s but none of them could control the crowd. 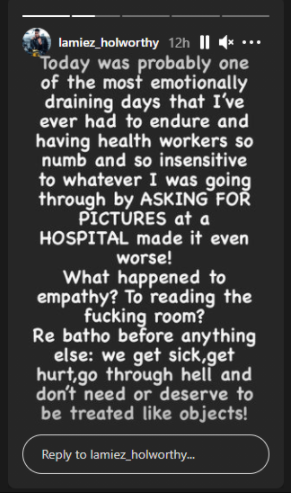 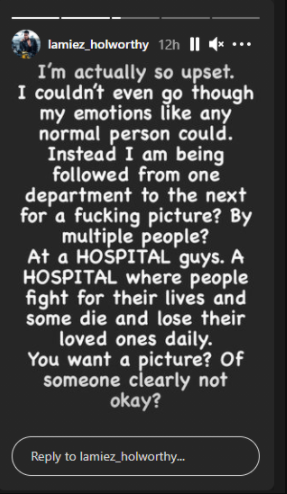 “I’ve had 2deal with a lot of chaos at gigs(as patiently as possible)
But I need you to help me make sense of som1 legit PULLING MY HAIR whilst one or two others touched my bum as security tried to escort me out. In the 11 years that I’ve done this, I have never felt so violated,” she said.

8 bodyguards and even that wasn’t enough!

I love what I do but I hate what it comes with. People forget that you’re human and instead treat you like an object! https://t.co/KVvBlACISG

Went to bed with such a heavy heart. It’s all good now or at least it will be.
I need 2stop talking about last night coz it upsets me so much that I end up crying all over again.
Not because I am weak but because of how angry I actually am!
Bottom line? I AM NOT AN OBJECT!!!