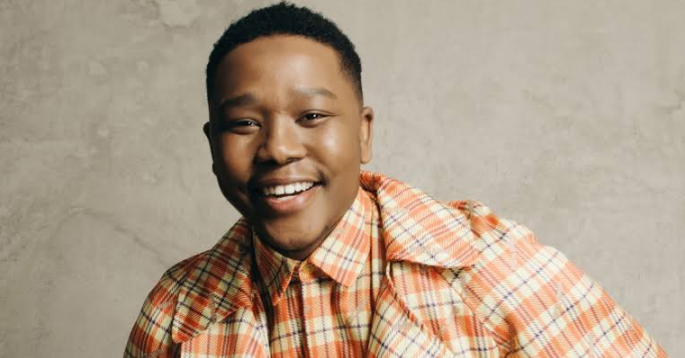 Singer and songwriter Langa Mavuso has reportedly scored a new record label deal. The pretend-hitmaker has been signed to Dream Team Africa.

The DSTV Mzansi’s Viewers Choice Awards nominee expressed his excitement about his new deal to IOL, “I’m excited to be joining Dream Team Africa. They have done incredible work in the past with artists that I respect and love.”

He told the publication that he is looking forward to creating magic with the stable. “My hope is to create impactful and healing work that reaches multitudes around the globe while representing the continent through music and art. I’m excited to execute some wild dreams and reach new heights. We are building something so special together,” he said.

Langa was previously signed to Black Coffee’s label, Soulistic Music. Opening up to Drum about working with the internationally renowned DJ and producer, the star said working with Black Coffee was beautiful, he said he never made him feel like he was working with a superstar.

“Well, for me, he’s just like any other normal guy and like any other experience of working with someone. We have conversations about how we want things to go and discuss our goals. When I first came across Black Coffee the first thing I noticed about him was his humanity. It’s so beautiful to meet people you look up to and find so much humanity in them.”

Another SA star who recently inked a deal with a new record label is Lloyiso. He shared earlier this month that he is officially signed under Republic Records joining the likes of Nicki Minaj, Ariana Grande, and many more international superstars signed under the stable.

“This is such a surreal moment, as a boy growing up, I used to perform to a fake crowd at the back of my house now it’s all coming to life. To think that I wanted to quit but I didn’t and with the support of my family and friends I can proudly say mama we made it !!!! We Global” wrote Lloyiso on Instagram.

Lloyiso also added that he is excited to embark on a new journey with the record label, he also thanked Universal Music SA and Ambitiouz Entertainment for their support.

“I’m excited to create magic with the @republicrecords and @umgsa family and wanna thank @ambitiouz_entertainment for all support they’ve given me.”

The CEO of Republic Records also said that they are looking forward to working with Lloyiso, “We are absolutely thrilled to work with Lloyiso, Sipho, and the incredible team of Universal Music South Africa,” said Monte Lipman in a video shared by Lloyiso on Instagram.