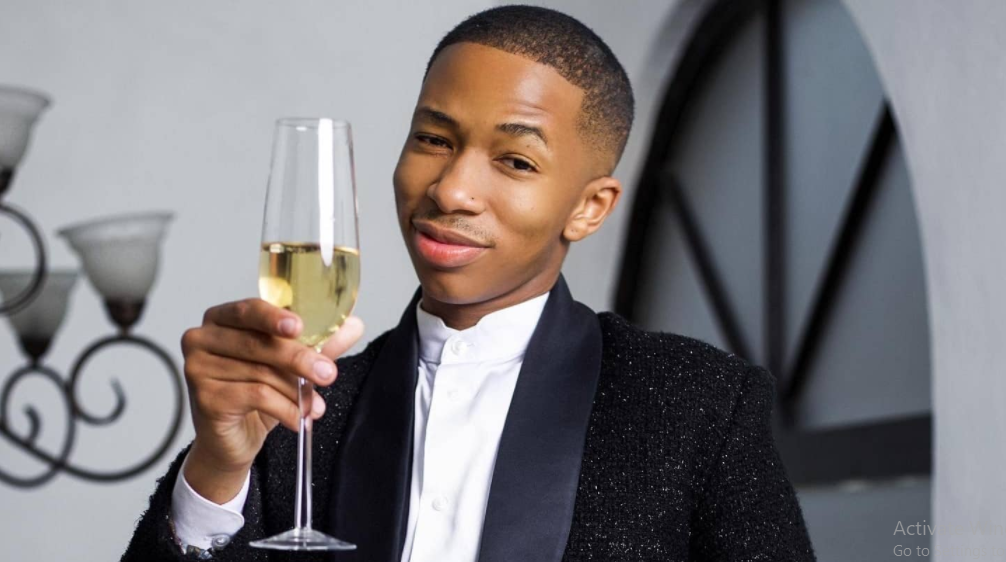 Lasizwe Dambuza is no stranger to Twitter backlash and it gets weirder every time. The comedian and YouTuber made a typing error when commenting on a Connie Ferguson post, which was also shading him. His typo was deemed disrespectful by some people, especially because the nation just witnessed a woman bury the love of her life.

Yesterday media mogul Shona Ferguson was buried and during his funeral, Connie Ferguson pre-recorded her eulogy. Tweeps took it back to the day when Lasizwe buried his father and was dressed in white, with extra long nails and was crying uncontrollably.

Many saw that as making a farce or mockery out of his late father’s funeral, but he saw nothing wrong with it. A tweep said Lasizwe was just making content and was not really touched by this father’s passing.

“#Connieferguson did not turn her husband’s funeral into a content making opportunity. Respect that!!” Lasizwe commented and said, “We moan differently.”

He quickly corrected his comment as he meant to say mourn, “English is not my mother’s tongue, I meant “Mourn” not Moan ay!”

English is not my mother’s tongue, I meant “Mourn” not Moan ay!

In a previous tweet, Lasizwe expressed his heartache about Mr Shona’s passing. “Struggling To hold back my tears. #ConnieFerguson really lost her soul mate. Rest in Peace, Mr Sho,” he tweeted.

Struggling To hold back my tears. #ConnieFerguson really lost her soul mate.

This is not the first time Lasizwe caught some smoke on social media for his comments. When the Zulu nation welcomed Misuzulu Zulu as the new AmaZulu King, a lot of females went crazy at how attractive he is. Lasizwe, being attracted to fine men himself, also went and shot his shot at MisiZulu.

Lasizwe he overstepped a bit when he tweeted about wishing the King could deflower him. the comedian claims to being a virgin and has wishes that his first time would be with the King.

“The new Zulu King can definitely take my virginity… Literally I would make a plan on how I would carry his babies! No ways!!! I have the biggest crush on him! He’s such a handsome man with PRESENCES AF! Bayede wena weNdlovu!” he wrote.

Maybe the virginity part was a bit of a stretch BUT STILL!! The Zulu King is so HANDSOME OMFG!!

I literally have the BIGGEST crush on him! Wow sir uMuhle My King.

“Maybe the virginity part was a bit of a stretch BUT STILL!! The Zulu King is so HANDSOME OMFG!! I literally have the BIGGEST crush on him! Wow sir uMuhle My King,” he wrote.

Twitter was once again left divided: “Most comments defending Lasizwe don’t understand anything about respect that must be shown towards a king any KING. Senafunda kakhulu naze nalahlekelwa inhlonipho. [You guys are now educated, y’all have lost respect. You do not even respect traditions. It’s this Western mentality. You respect Kings, there’s no debate there,” a fuming tweep commented.

“I believe that any king deserves to be respected.. It doesn’t matter which tribe…if you usually make jokes about Dakindyebo what Lasizwe wrote mustn’t offend you… A disrespect mustn’t be sour when it directed to your tribe… A King is a King no matter which tribe!!!” another one wrote.