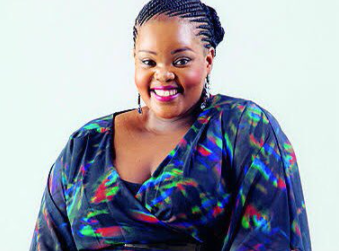 The actress, who made a name for herself in the entertainment industry as Zinhle Mathe, (Chopper’s girlfriend on the old Generations on SABC 1) was only 32 years old when she passed on Tuesday. Sindi was also popularly known for her character Ntombi on SABC’s Soul City, while others will remember her on etv’s Ashes to Ashes where she played the role of Patience Khumalo.

News of her passing was announced by entertainment commentator, Phil Mphela on Twitter; prompting an outpouring of tributes from fans who once enjoyed her craft.

Her sister, Nonhlanhla Sikhakhane, also took to her Twitter to pay tribute to her. In a series of tweets, she expressed how shattered she was to have lost her twin and also expressed how much she loved her.

“Just lost my Twin. There are no words that can describe how I feel, rest well sis. Always love you,” she wrote.

Nonhlanhla also promised to take good care of her sister’s daughter who is 7 years old.

Just lost my Twin 💔💔There are no words that can describe how I feel, rest well sis Always love you 😭 pic.twitter.com/0HEGiKdmE3

I promise I'll take good care of her #RIPSindiButhelezi https://t.co/RKNnS14fSz

Speaking to Daily Sun, a heartbroken Nonhlanhla said that her sister had been sick for a while, also revealing that she had diabetes which was her cause of death.

“Although she had been sick for about three weeks after finding out she had diabetes, we were not expecting this as a family. It has been a very difficult time for us and we thank everyone who has been sending messages of condolences. We appreciate it,” she told the publication.

She described her sister as an amazing person who was always cheerful, caring and outspoken.

“Even off camera, she would be bubbly and make us laugh. This is a great loss,” Nonhlanhla said.

Another former Generations actress who Mzansi had to bid farewell to this year is Legendary actress Shaleen Surtie-Richards. The iconic actress who entered the acting space in the 1980’s reportedly lost her life at a guest house in Cape Town. She was 66 years old. A spokesperson from the Museum for South African Legends, Shaun Mynhardt, confirmed the news to the SABC last month.

According to reports, she was working on a television show hence her stay in Cape Town. The actress is remembered for appearing in numerous Afrikaans television shows as well as English shows. She acted in Generations, 7De Laan, Rockville and her ever-so-popular role in Leon Schuster’s Mama Jack.

It has been a sombre year for viewers, cast and crew members of the defunct SABC1 soapie as another old face also lost his life this year. MacDonald Ndodana Mathunjwa, or Bra Mac, as he was affectionately known, was a brilliant actor and music producer best known for his role in SABC’s successful drama series Home Affairs. On Generations he played the role of Mawande’s father. Others will remember the veteran actor for his role as Oupa in the SABC1 comedy series Khululeka.

May all their souls rest in peace.