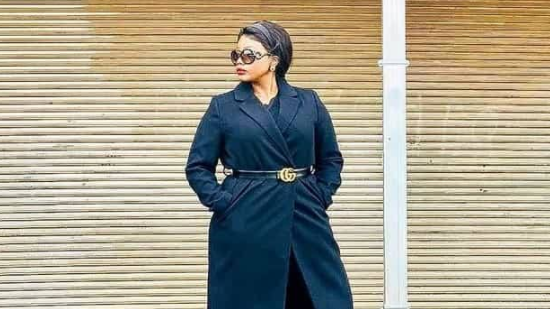 Gomora star Leera Mthethwa recently took to her social media platforms to share how she saved herself from being a victim of crime.

Opening up about the incident on Twitter, the actress said she was at Menlyn Maine when the incident happened. She also urged her fans to be careful when they are at that place.

“Guys please be careful ko Menlyn Maine. 2 guys are lurking, looking for the weakest link to mug and they assumed it was me.”

Leera said she was minding her own business then she released that she was being followed.

” After being followed for about 5 mins I stopped and turned to them and asked if re tlo bana le flopo (Are we going to have a problem)? They froze and fled but you may not be so lucky,” she tweeted.

Fans have since reacted to Leera’s story and also took to the comments section to open up about their experiences. Here are few reactions.

Mihlali was robbed of her phone a few days ago. She said her phone was snatched out of her hand.
This was not the first time Mihlali had her things stolen. In April this year, she put an airline on blast after her expensive wig was stolen at the airport.

Detailing the incident on Twitter, Mihlali said her luggage was broken into after booking a flight on British Airways, she added that her manager’s bag was also tampered with. She demanded that they pay her R7000 or buy her a new wig.

“I’m so f*cking annoyed someone at the airport broke the cable off my bag and stole my wig,…All I know is I want my 7K or they must contact Fablocks and order me a new unit…If I don’t get my refund and wig money I’m bringing it back to the TL, these companies love talking privately after doing kak,” she tweeted.

Mihlali also revealed that British Airways owed her money, “First this airline owes me money from December from an error someone made internally while doing my booking telephonically NOW someone broke my cable and stole my wig. Lady at baggage inquiries is telling me they aren’t held liable coz it’s a wig? Balance me please.” tweeted Mihlali.

The company eventually responded to Mihlali and asked her to DM her details for them to assist her.