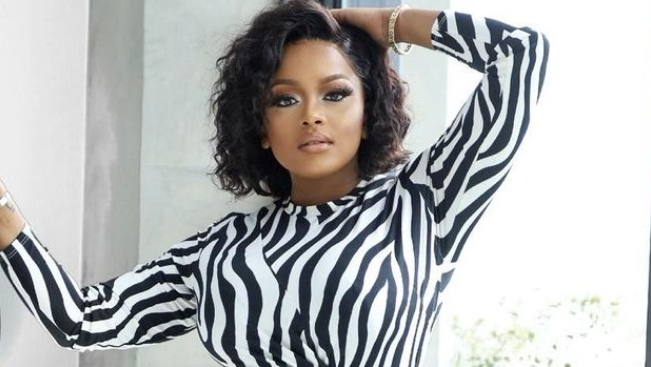 The popular saying ‘forgive and forget’ may ring true for some people, but it is hard to put those words into practice for others.

Lerato Kganyago is one such person and has admitted that she struggles to let things go. The Metro FM presenter joined in on a conversion on Twitter about being kind even to the people you hate. She admitted that she holds grudges and she feels that that is a blessing and a curse. While she acknowledges that holding a grudge is not a good thing, she said that she also feels as if it works in her favpur because she is able to “protect her peace.”

“My problem is holding grudges. Something I struggle to get rid of. But it also works for me as I protect my space,” she wrote.

My problem is holding grudges. Something I struggle to get rid of. But it also works for me as I protect my space. https://t.co/MEdehQR8Sr

The media personality’s followers were divided on the matter. Some were of the opinion that her peace matters above everything else and she should hold grudges if it means protecting her peace; others advised her to work on letting go of resentment because holding a grudge is too big a burden and can weigh heavily on one’s shoulders.

This then begs the question about her recent, heated exchange with Uyajola 9/9 presenter, Jub Jub. Is she holding a grudge against him?

After all that unfolded last week, especially in KwaZulu-Natal and Gauteng, Jub Jub came out to slam people who judge looters. The rapper blasted those who we’re complaining on social media and today them that they come from a point of privilege. He also did not hold back when he fetched celebrities who were keeping mum about the situation or those who did not have anything positive to say about the situation and resorted to rather bash and drag the looters.

That was when all hell broke loose and Jub Jub clapped back at Lerato in the lengthy response. He also went on to threaten to expose the former LIVE Amp’s dirty laundry. This made Lerato a bit confused because she said that she did not understand where Jub Jub’s anger stemmed from. She also told him to get his facts straight by not generalising — which ticked him off.

“I didn’t even say anything wrong. I just mentioned that some artists are speaking. He must khipa my files I’m ready lenna. Trying to give people an impression about me,” she commented on IG.

Lerato also urged the Uyajola 9/9 host to try digging up her dirty laundry and see if he will find anything. She made it clear that aa a girl who grew up in the township, just like he did, she cannot think of any possible files he could unearth. “I’m waiting…sonke siphuma e loxion!”

She also reiterated that she is not scared of Jub Jub and that she is patiently waiting for him to reveal her dirty laundry.