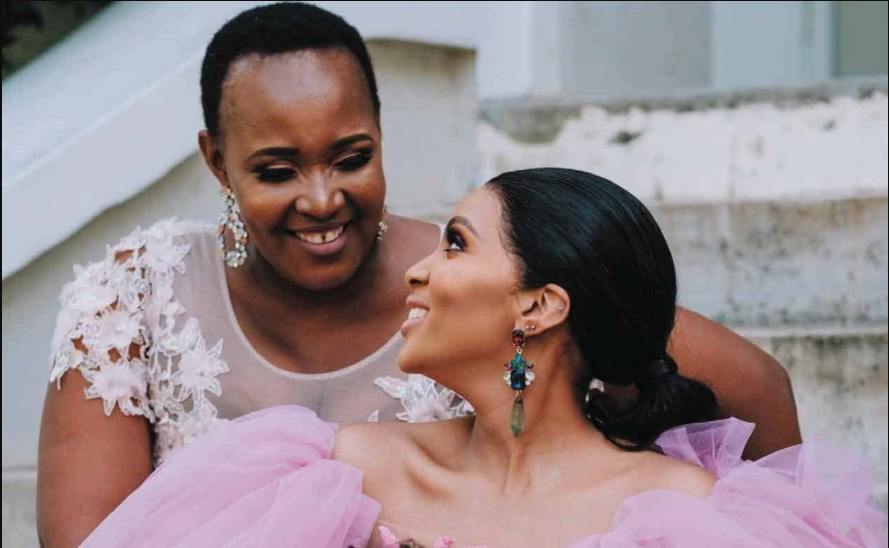 Linda Mtoba is saddened after her mother got involved in an accident which left her wrist and one of her toes broken. Taking to her Instagram stories this week, the River actress revealed the painful ordeal her mother went through and how it left her broken to witness her pain.

Baby Bean’s mother did not exactly specify what kind of an accident her mother got involved in. She said she broke her wrist in three places and also broke her pinky toe.

“What an absolutely long day…My mom broke her wrist in 3 places and her pinky toe…I’ve never seen her in such pain and it broke my heart. They’re gonna operate on her in the morning,” she revealed.

Thankfully, her mother got the help she needed after undergoing an operation. She revealed that Celiwe is back home and in a good condition. 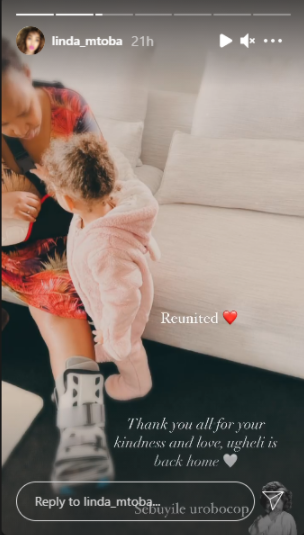 Ever since being a mother, Linda’s mother’s only wish was for her and Bean to forge a relationship they have.

On IG she penned a sweet note to her mother saying, “She said ‘ugheli wami uzoba nogheli wakhe.’ And this hit me so hard, looking at the relationship I have with my mum and I pray to give my daughter the very same. That no matter what, I’m always her girl and she’s always my girl…” she wrote.

Speaking to Bona Magazine last year about mother hood, Linda revealed when she found out that she was pregnant with Bean. “Pregnancy is such a spiritual process. You know it’s all God’s grace and there is nothing else to it. You embrace and enjoy it until that very last minute where you hold your baby in your arms,” Linda describes pregnancy.

She had fears that maybe she and her partner could not bear children, “I remember in 2018, when I started preparing myself mentally to get pregnant. I would cry and pray because I didn’t know for sure if I could have children. Thinking about it was daunting and it made me emotional because the possibility of not being able to have kids would have meant one of us had a problem. We were so ready for a child, and since it was going to be both our first-time being parents, we had even started making plans for when the child arrives,” she told the publication.

Her mother could not go to university because she had to get a job and be able to provide for her, as her father stopped being in Linda’s life when they had broken up.

Celiwe Mtoba, her mother, revealed that Linda’s father lived close to her house, they never even talked as he walked out on her life.